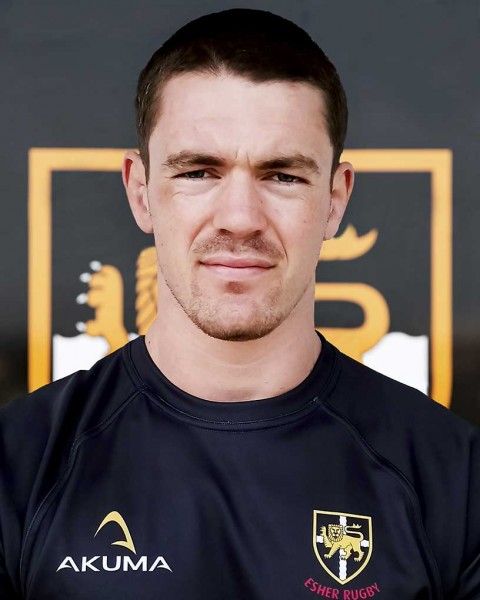 PETER WINTERBOTTOM has revealed the captains he hopes will help forge closer ties between Esher's three senior sides and drive the club to success in National Two South next season.

The Eees Director of Rugby has named Harrison Collins as first-team skipper while Fraser Wem and Gaz Lewis will lead the Cardinals and Abbots, respectively.

Winterbottom has made bringing the three senior sides closer together as one of his priorities since taking charge again at Molesey Road and says he is delighted the three have accepted the challenge when rugby resumes after the coronavirus pandemic.

He said: "These guys stood out as the main candidates. I know Harrison didn't play a great deal last year, but I believe he has the leadership qualities to captain the side and the whole club on and off the pitch. When I mentioned it to him, he was very excited about the prospect of leading the club and having a successful season.

"Charlie Gossington has done a great job as captain over the last two seasons and we can't thank Gossy enough, but I would love to see him have the opportunity to concentrate on his own game and establish himself as the best number seven in our league, for sure."

Winterbottom believes back row Collins has all the attributes to be a successful leader. He said: "It's about making decisions, leading the side. As a player, Harrison is a good thinker, a skilful player and has the respect of the squad.

"I am sure he will make good decisions, under pressure, in the heat of the moment and that's the leadership we're looking for."

Winterbottom has made it clear to Wem and Lewis and all those in the second and third teams that in-form players will have a clear route into the first team.

Winterbottom said: "Fraser was one of the driving forces of the Cardinals last year, and was instrumental in them finishing an excellent fifth position in the Raging Bull Shield Division One. He is obviously ambitious to play first team and for both him and Gaz Lewis, being captains of their respective sides will have no bearing on selection for the first team. On that basis both Gaz and Fraser were more than happy to take on the mantle as Cardinals and Abbots captains, which was music to my ears.

"Gaz, in many respects, is the most important of all three captains, with the Abbots coming directly under the umbrella of senior rugby. We need to build the bridge across all three sides and I think Gaz will help do that.

"He has been captain of the Abbots before and last season played first team; he's a great character and will be a rallying point for a lot of guys who are selected in that Abbots side."

The Abbots will be playing in the Surrey Premiership next season alongside the likes of Worthing 2's, Sutton and Epsom 2's and Dorking 2's. This will be a real challenge for them but one that the Abbots coaching team of Jim Hazell, John Simmonds and Andy Drummond are keen to take on.

"We need to have that pathway from the Abbots through to the first team so the players understand, irrespective of whether the players are playing for the Cardinals or the Abbots, they still have the opportunity of playing first team if they play well enough," said Winterbottom.

"Gaz is an example of somebody doing that and being captain of the Abbots will not affect any selection decision for the Cardinals or the first team.

"All three of the captains are big characters and are all happy to take on the mantle of responsibility and all the coaches are extremely happy that they've taken on the captaincies."