Esher go down to Blackheath 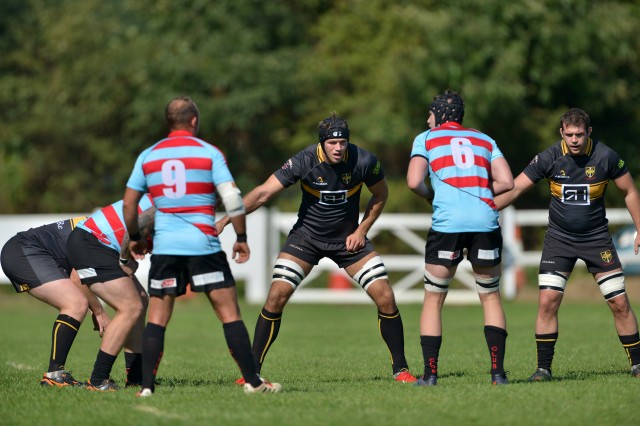 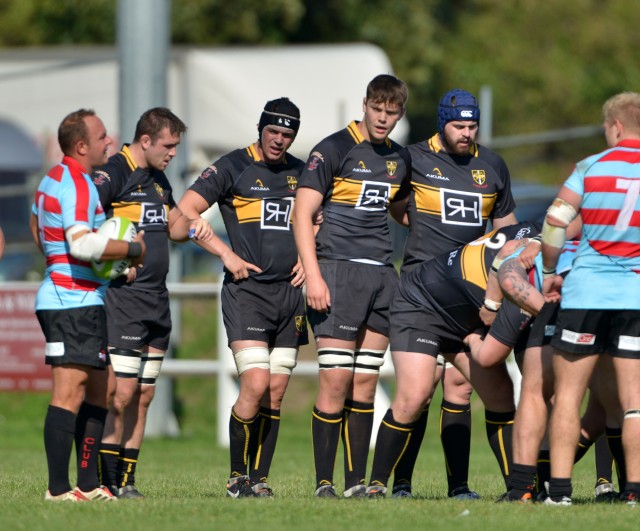 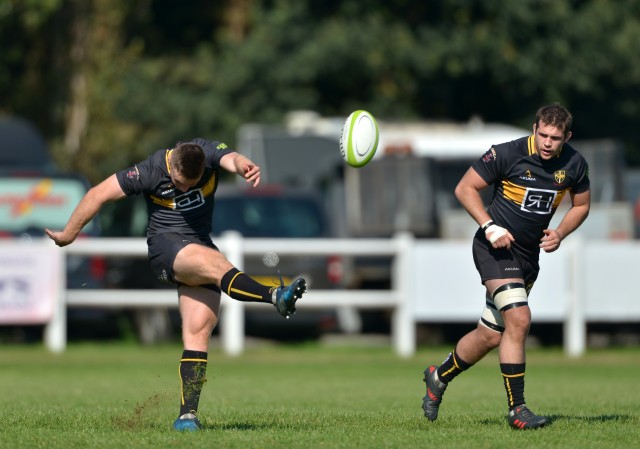 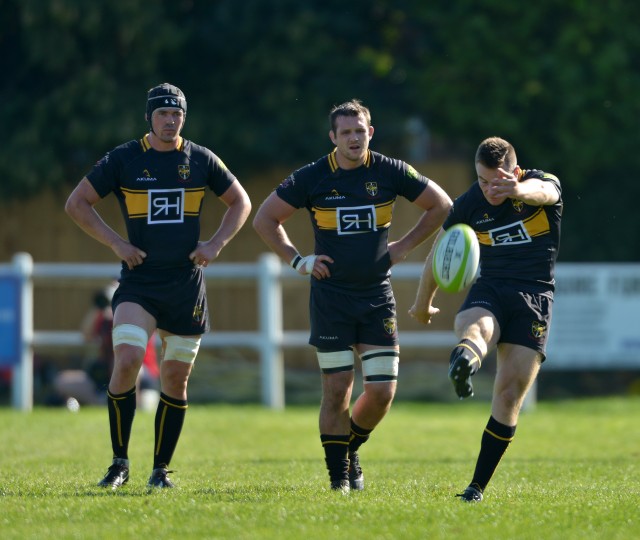 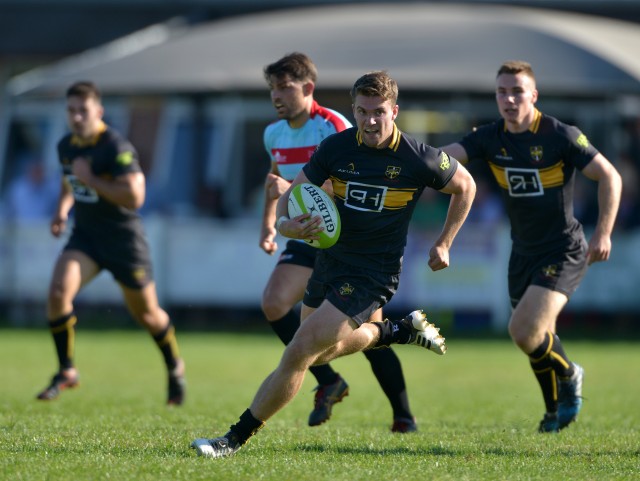 Esher opened their National League One season with a disappointing 36-7 defeat at the hands of local rivals Blackheath at Molesey Road on Saturday.

On a bright late summer afternoon, it was the visitors who opened the scoring after just 5 minutes through a penalty from full-back Elliot Clements-Hill. The game was perhaps failing to match the quality of the weather during an attritional first half hour, but Blackheath were looking the more cohesive side in the early exchanges and soon extended their lead to 9 points courtesy of another 2 penalties.

Esher responded with their first meaningful foray into the Blackheath 22, when flanker Rob Dudley-Jones powered over to score in the right-hand corner in the 29th minute. With the visiting defence lining up on the short side, fly-half Owen Waters quickly changed the direction of attack and threw a looping pass to find Dudley-Jones in space. The Esher blindside plucked the ball out of the air and raced towards the line, opting not to use the man in support before barging through two covering defenders to score. Waters added the conversion from the touchline to further reduce the arrears.

Basic errors and indiscipline were still costing Esher however, allowing the visitors to increase their lead through another Clements-Hill penalty in the 38th minute, before conceding a bizarre looking try on the stroke of half-time. With the referee having indicated that the ball was out from a ruck on the Esher 10 metre line, the Blackheath players appeared somewhat surprised as they scooped up the ball unopposed before releasing winger Jake Lloyd to run in under the posts behind a flat-footed defence. The conversion was added to make the half-time score Esher 7-Blackheath 19.
The second half continued in much the same vein as the first for the home side, when second row Graham Logan was shown a yellow card in the first minute for an infringement at the breakdown. A frantic period ensued, with both sides raising the tempo and running the ball at each other at a furious pace, but neither team were able to break through and Esher emerged from the sin bin period with the scoreline intact.

Any hopes of a fightback from the home side were effectively extinguished in the third quarter, when Esher were unable to secure their own possession from 3 penalty kicks to touch, and from that point onwards Blackheath began to take control of proceedings. A spell of pressure in the Esher 22 was rewarded when prop Tom Williams burrowed over for a converted score in the 61st minute, followed by another try in the corner just 3 minutes later from winger Craig Dowsett. The conversion was unsuccessful, leaving the score at Esher 7-Blackheath 31.

Esher rallied in the final 10 minutes, going close with a driving maul towards the right hand corner and then through a line break in the midfield from wing Callum Monks, but the Blackheath defence were able to recover in time and close down the danger. Having regained possession, the visitors promptly made a sharp break of their own from centre Leo Fielding, who weaved his way through the Esher defence only to be denied by a superb try saving tackle from Joe Beckett covering from the opposite wing.

Blackheath had the final word by scoring their bonus point try in the corner with the last play of the match, although it would be fair to say that it was not without an element of good fortune. Attempting to split the Esher defence with a grubber kick from around 5 yards out, Clements-Hill prodded the ball straight into the arms of centre Basil Strang. The Esher man had seemingly held onto the catch, but with the ball struck at pace from close range it somehow wobbled, spun and then rebounded directly into the grasp of fly-half Joe Tarrant who gratefully dived over to score. With the conversion falling short, the referee's whistle blew to seal a convincing win for the visitors and leave Esher with much to work on ahead of next week's home clash with Plymouth Albion.