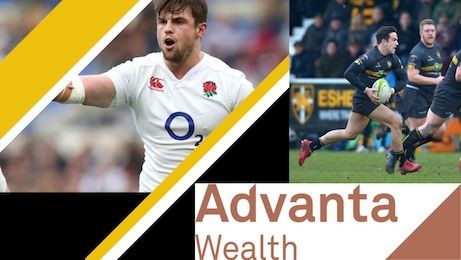 Esher Rugby's Podcast, episode 2 of "In the Sin Bin with…" Ciaran Bird was a back row forward and Esher captain in the era when under Hugh McHardy's coaching , the club surged up the leagues. He talks about the hilarious end to his professional rugby career at London Irish, how Chris Evans lured him to Esher and how, as a leading figure now in the City, we should all be positive about the post-Covid era.

Only 10 minutes, the second episode is live on Monday 8th Feb at 12h00. To listen and to catch up on the previous interview with Jack Clifford, go to  https://esherrugby.buzzsprout.com