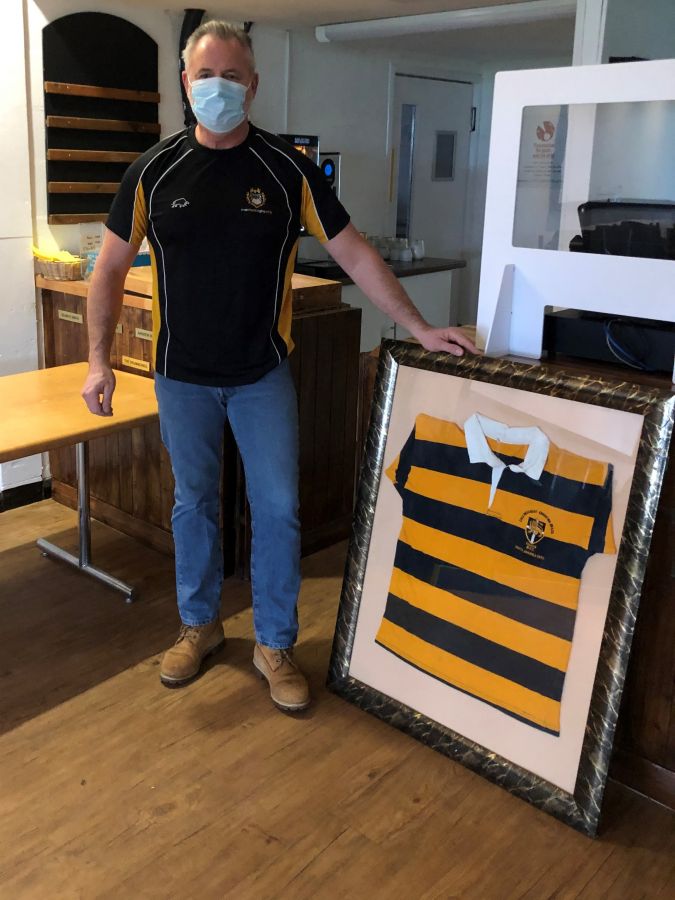 A decade ago this shirt was part of a framed collection of John Inverdale's tour shirts hung in the Downey suite at Esher Rugby but it mysteriously disappeared after one Saturday afternoon of rugby - removed, as used to happen in that era, as a trophy by one of the visiting teams. It was spotted a few years later after an Expendables game at Merton Rugby Club on the wall in the bar but was then forgotten about. Masked Merton Rugby committee man Ian Lambert returned the 'trophy' this week - to put back up with the rest of the collection.

Ian said 'Rugby Trophies are a thing of the past and we wanted to return it to it's rightful home'. This is a further reminder at this difficult time that rugby is  still one big family that values both fun and friendship