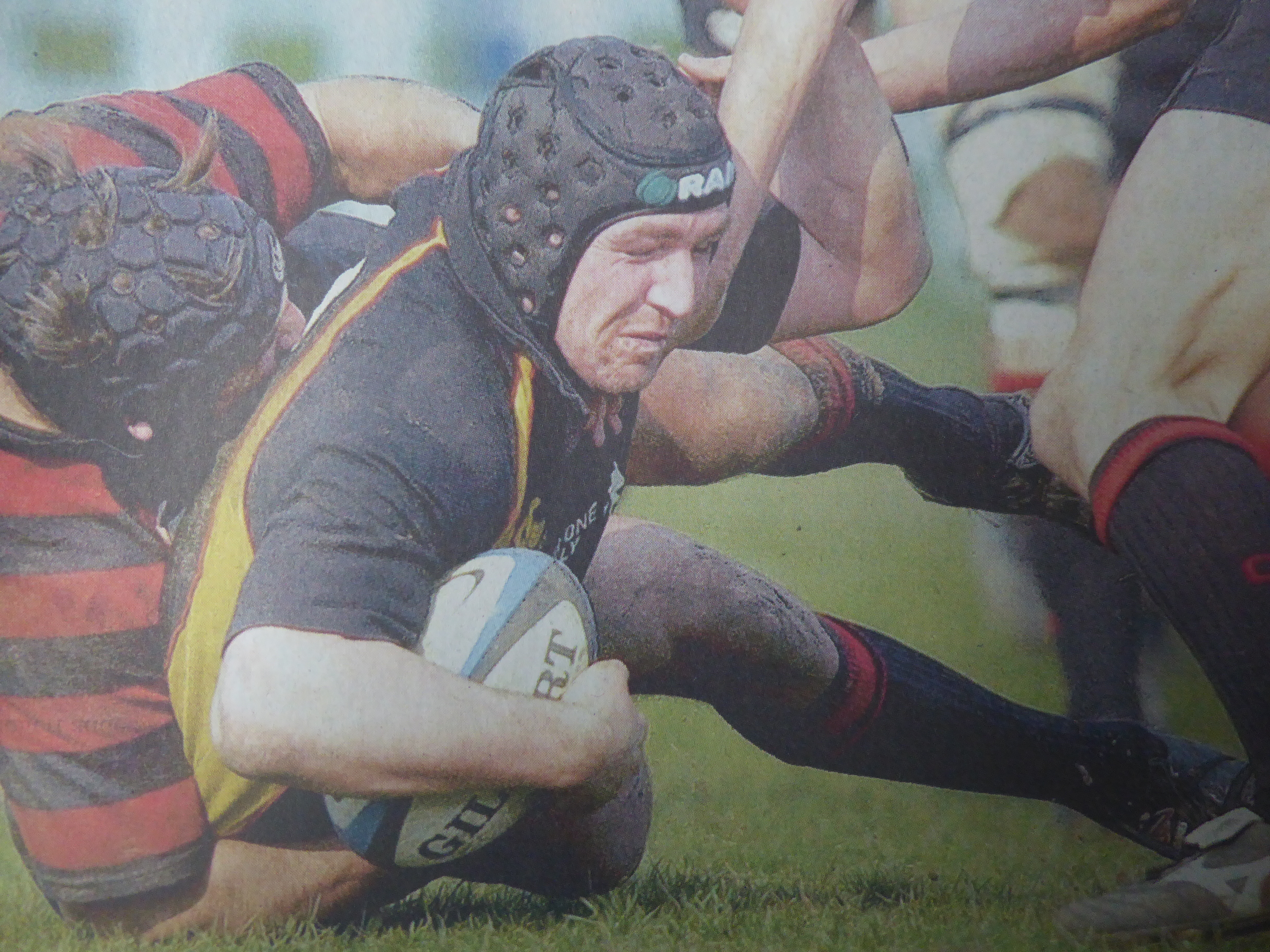 Welcome back to Molesey Road for the start of the 2018-19 season, where our first league opponents are Blackheath. Today's article goes back 12 seasons when we had to defeat 'Club to get promoted to the second tier of English Rugby. So far this season, I have only found 1 friendly that we have played and that was last Saturday, 25th August, when Welsh Principality Premiership side, Bedwas overcame a seventeen point deficit to defeat Esher, 26 - 24 at Esher.

Back to 31st March 2007, and Esher, under a crowd of 1,790 defeated Blackheath, 39 - 12 to secure promotion with four matches to spare. Indeed, we were runaway winners of the then National Division Two Table (tier 3) by a clear 19 points. Report: "Irresistible Esher win promotion. Esher 39 Blackheath 12". ESHER celebrated promotion to National League One on Saturday with a memorable victory over Blackheath. Just after the hour mark, Ladislav Vondrasek dived over in the corner to score the fourth try which gave Esher an unassailable lead (Note: See enclosed photo - Chris) and, as importantly, earned the bonus point that guaranteed their route into a higher division next season. Mike Schmid, director of rugby at Esher, said he was proud of his side's achievement. "I can't say enough about the good people that we have here," he said. "They are high quality guys, on and off the pitch, and are just great to work with. "We controlled the game well today. We didn't have a lot of joy in the first half, but the players were patient and finished things off really well." Esher started the first half playing into a gusting wind and, despite creating early chances, went behind to two penalties by Blackheath full back Frankie Neale. The home side responded by driving Blackheath deep into their own half and the pressure told on the visitors when, in the 27th minute, wing Tim Foster was sent to the sin bin for foul play. Esher took advantage of the extra man to reduce the deficit when scrum-half Graham Barr fed winger Matt Moore, who beat his cover to score the game's opening try. Blackheath fought back with a series of attacks that took them into Esher territory, but were held up by some determined defending. The visitors' endeavour did not go unrewarded however, and an infringement on the Esher 40-metre line gave Neale the opportunity to kick his third penalty and give Blackheath a 9 - 5 lead at half-time. Fired up by the team talk during the interval, Esher made a fast start to the second half and took the lead just one minute after the restart with a second try for Moore. From a scrum in the Blackheath 22, a quick exchange of passes between Barr and fly-half Matthew Leek opened up the space for Moore to go over for a try. Full back Neil Hallett added the extra points with a fine touchline kick that made the score 12 - 9. Hallett extended Esher's advantage with a penalty kick, before winger Richard Briggs skipped past a static Blackheath defence to score his side's third try. Neil Hallettkicked the conversion to make the score 22 - 9, but Blackheath capitalised on the infringement by the home side for Neale to narrow the gap with his fourth penalty. Roared on by a boisterous home crowd, Esher continued to attack in search of the vital fourth try that would seal promotion. Some powerful play from the pack brought Esher close to the visitors' try line and Vondrasek rolled off the back of a maul to dive over for the all-important score. Despite having done enough to win promotion, Esher continued to dominate and played out the final 20 minutes with the kind of commitment and professionalism that has typified their season. Hallett made the score 32 - 12 with another penalty kick before Moore, celebrating his 31st birthday, completed a hat-trick of tries with the game's final score in the 78th minute. Having won promotion, Esher require just two points from their remaining games to be crowned champions." (insert shows a delighted Duncan Carmack - Esher prop, and club captain)