Wints' plan for the new season is starting to unfold 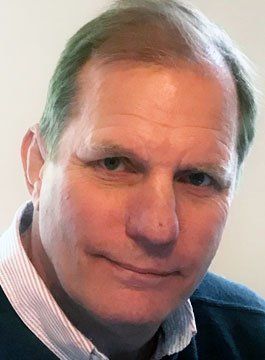 Winterbottom heads a new coaching team comprising Chris Wilkins, Paul Roberts, Ollie Marriott and Tom Cheeseman, who has been confirmed as player-coach and captain for the season with Charlie Gossington his deputy

Wints says he has been delighted that many of the squad who suffered relegation have chosen to stay for the new campaign that starts at Redruth on September 7. They include Harrison Collins, Cam Leigh, Joe Beckett, Tom James, Graham Logan, Matt Lowes, Hugo Solway, Devlin Hope and Dan Rowland

He said: "The nice thing is that we have got a good coaching team together. We've had a coaches' meeting and we're all pretty much talking from the same song sheet and I've been very impressed with them

"I think the fact that Chris Wilkins is on board was a big factor persuading me to come on board too because I've got a lot of respect for Wilko. He's got a good rugby brain and we seem to think the same way and have the same opinion about a lot of things."

If promotion is the main target, Winterbottom was keen to emphasise that the coaches' other priority will be to establish an enjoyable training regime whereby a strong emphasis will be to help ensure each individual reaches their potential as a player

Winterbottom says he is also keen to strengthen the links between the first-team squad and supporters and help foster a club spirit. He said: "Obviously the ambition of the season is to win game and get promotion but, as important as that is, the way the team plays and the way that we can help the individual player improve will be a big part of our philosophy

"We've retained a good majority of the squad. One or two guys have decided to move on but in general, there has been a very good response from the players

"We're very ambitious to get back into National One, to improve the playing standard, and then to try and develop from there but also to get more of a feeling amongst the players that they are playing for Esher Rugby Club

"It's important to have a team spirit and it's also very important to understand the wider club and all the implications of you winning on a Saturday afternoon and spending a bit of time with the supporters in the bar. I want to engender bit more of a club spirit. You not only want to be doing it for your team-mates but for the club as a whole

"We're close to finalising the squad now and I hope to have the first team squad pretty much nailed on within the next week or two."

Winterbottom says it is vital the club and supporters regroup with a positive attitude and look forward to the challenges ahead. He said: "I'm not saying getting relegated was a good thing but it means you've got to have a fresh start and sometimes, if you just manage to stay in the league, you don't make the changes that actually need making

"Of course, it's a challenge. We've got to win pretty much all of our games and score tries because we've got to get bonus points to win the league

"The players have all sorts of pressures in life, work and family and so on but I want them to come down here on a Tuesday and Thursday and try and learn something, enjoy it and therefore improve

"We want to work with players, and look in more detail at how they're playing, what are their strengths and weaknesses and when the season starts, ensure that they are better players and if that's the case then we are a better team

"It's about getting the players into the right mindset that that's the way we're going to work so that they're prepared to put the work in and the effort. If everybody does that, then we'll have a successful season."

He said: "As a coach, I'd would probably agree that I'm pretty demanding. I'm very much of the belief that you've got to have a certain amount of talent but the talent isn't the key, it's what you do with that, it's how you maximise that potential and I think people need to be shown the way and realise their opportunity

"It's easy to drift through the season, have the odd decent game, but with a little bit more they can really improve. I'd like to see some of these players get picked up by Championship sides and I wouldn't have any problems with that because it means that we've been doing our job as coaches

"I want them to be excited about the style we are wanting to play, the whole mindset and culture that we are trying to build and really buy into it. If they do that, they'll enjoy it

"I'm excited about the challenge. There will be difficult games and to get into a position where you can get promotion is always difficult because you can't afford to drop too many points

"You've got to find a level of performance that even if you're playing badly you are out-performing the opposition. There's no reason why we can't do that, we've got enough talent in the side to achieve that."