Esher signed off their National League One campaign with a resounding 30-0 victory over 6th placed Old Elthamians in south-east London on Saturday.After a low scoring first 40 minutes, the visitors ended their season in style, running in four second half tries in a dominant display to secure 9th spot in the table and finish as the 4th highest points scorers in the league.

Making their first ever visit to the College Meadow ground, Esher started the game brightly, retaining possession well and showing good intensity as they launched an early assault on the home defence.OEs defended resiliently however, and were eventually able to relieve the pressure when a scrum penalty in their own 22 gave them the chance to clear their lines.

The first half was turning into a bit of arm wrestle, with both sides cancelling each other out and unable to fashion any clear-cut chances, until Esher wing Joe Beckett made a break from his own half down the right hand touchline.As the field opened up for the first time that day, Beckett raced away into the OEs half, arcing his run towards the corner in a bid to evade the pursuing defence.With the option of an inside pass blocked by the chasing defenders, the Esher wide man pinned his ears back and went for the outside channel, hurtling towards the line before being stopped just short by a great cover tackle from OEs full-back Chris Surman.

Basil Strang eventually broke the deadlock in the 34th minute, slotting a penalty from out wide to give Esher a 3-0 half-time lead in a far more entertaining contest than the scoreline might suggest.

Esher went up another level in the second half, and were soon on the scoresheet again with their first try of the afternoon in the 48th minute.Having been awarded a penalty inside the OEs 22, scrum-half Andy Garner spotted a gap in the defence, took a quick tap and raced home to score on his final appearance for the club.Basil Strang added the conversion to give Esher a 10 point lead.

A second try for the visitors followed just moments later, when full-back Lloyd Davies hoisted a high kick towards the OEs 22.Wing Joe Beckett and his opposite number both went up to contest the kick, but with neither player able to take the catch cleanly, it was Beckett who was quickest to react, scooping the ball up and winning a footrace down the touchline to score in the corner.The conversion was unsuccessful, leaving the score at OEs 0-Esher 15 after 52 minutes.

OEs fought back following the restart, and after regaining possession from a charged down kick, proceeded to launch a powerful driving maul from deep inside the Esher half.The drive was eventually stopped, but the OEs forwards kept the momentum up with a series of phases close to the Esher line, piling into the visiting defence as they looked to gain a foothold in the game.Esher defended resolutely to keep their opponents out however, eventually being awarded with a penalty to bring an end to the danger.

Having regained possession, the visitors went on to enjoy another spell of pressure in the OEs half, duly increasing their lead through a Paul Roberts penalty in front of the posts with 66 minutes on the clock. 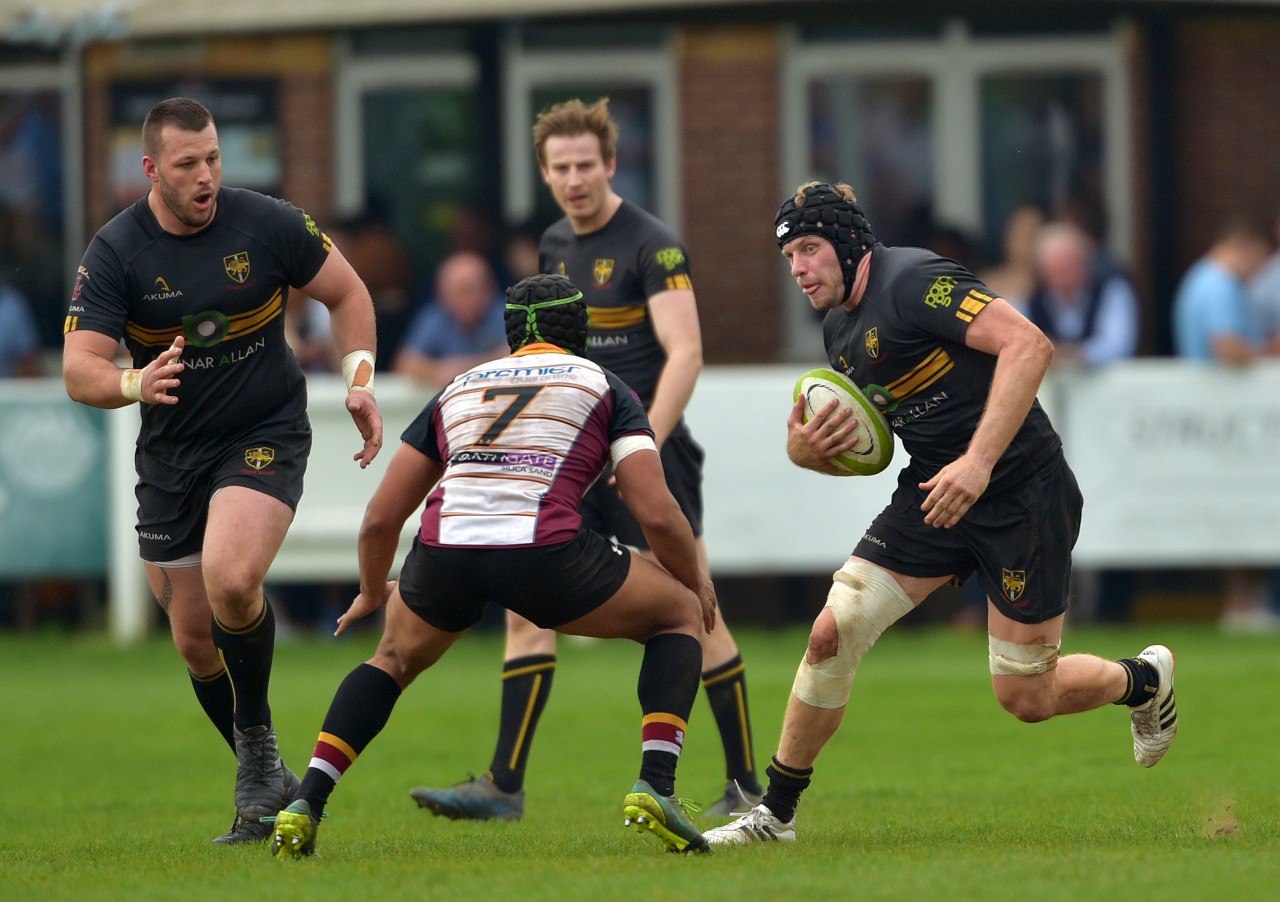