Mike Caporn remembered by Nick. Esher thoughts are with the family 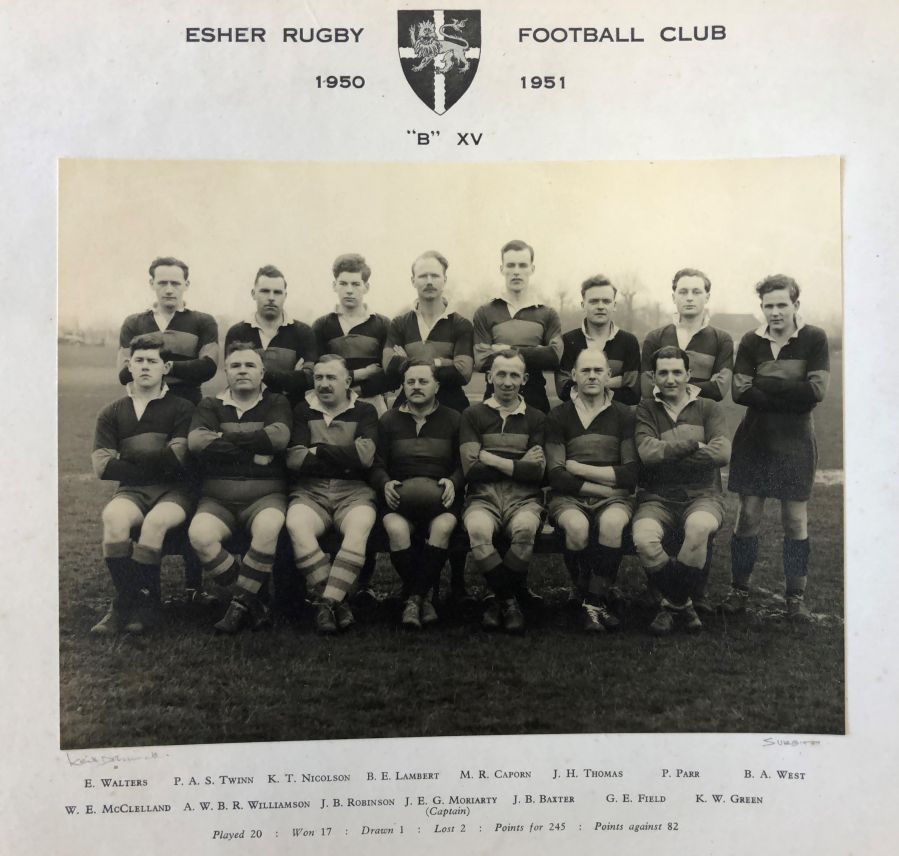 Dad had joined Esher as a 17 year old in 1947 and although he missed the next 2 seasons through National Service, he remained a member ever since

The first photo I have is of the 'B' XV from 1950/51 and perhaps poignantly he is standing next to one of Esher's greatest servants, Basil Lambert. An impressive season looking at the results!

Dad played through the 50's and 60's, captaining the Extra As for the most part. A team, by his own admission, more focused on the social side – a dropped pass or missed tackle could be forgiven but leaving the clubhouse before 9pm was not

He brought me down to the club from as young as I can remember and supported me throughout my own playing career too. He became a vice president in the 80's and up until a few years ago would still enjoy coming down for the lunches to meet old friends. Unfortunately a lack of mobility and pretty awful hearing ended his visits, but I would always tell him who was down there and who had been asking after him. He loved all his years at Esher and the friendships he formed were some of the strongest and most enduring of his life

Current circumstances mean that it will be a small family funeral, however a memorial service will follow. But in the meantime if you do remember him and find yourself with a beer in hand or a whisky will do just fine, please raise your glass.