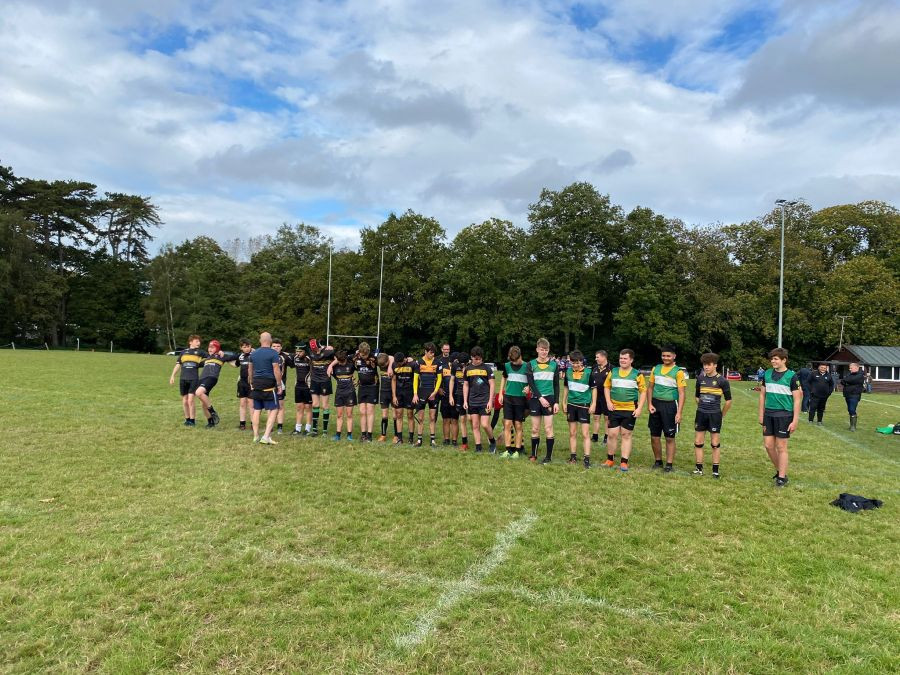 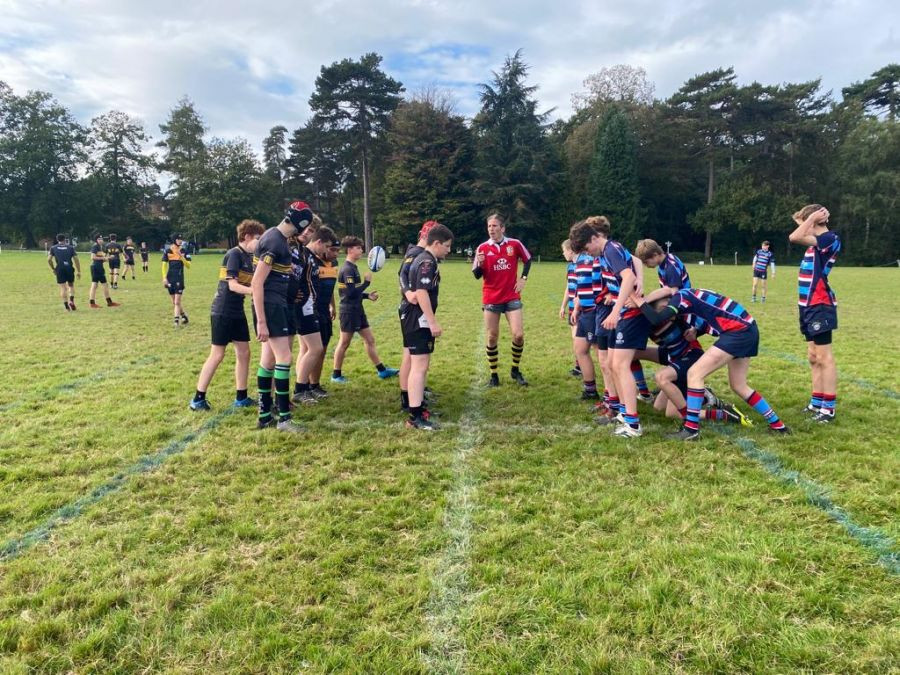 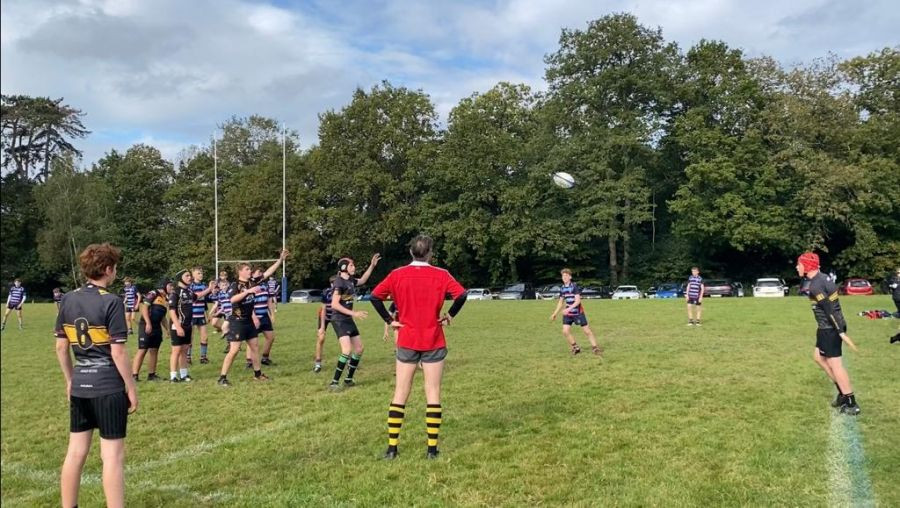 Reeds and Esher played out an entertaining and closely contested match which ebbed and flowed all game. Both teams threatening the opposition's try line but without success. Reeds were the first to score down their left wing but were unable to convert for the 7 points.

Esher responded brilliantly to going a score down and began to play some nice passing rugby. The E's pack were so dominate in the scrum that they were being penalised for shoving Reeds beyond the 1.5 metres allowed by current rules. However, when the Backs started to get involved in the rucks as well, the pressure on Reed's defence began to mount. A series of pick and goes were held up just short before Tom crashed over for the try. Charlie stepped up to slot his first points of the season.

Esher's momentum continued and Charlie kicked for touch to secure a line-out less than 10 metres out. The resulting play saw Tom go over for what E's thought was their second try, only to have it chalked off for obstruction.

The second half was always going to be hard work, playing uphill, into the wind and the sun and so it proved to be. Esher started brightly but seemed to fall short in the last third, turning over the ball or being penalised for infringements.

A couple of late injuries changed the shape of Esher and they lost a bit of cohesion in defence. This was exploited from a seemingly innocuous position when Reeds found a player with the speed to outpace three defenders down the left wing who was then left unopposed to dab down under the sticks. The simple conversion was duly dispatched.

Esher dug deep to try and redress the balance and as the game became stretched, Reeds created a fine overlap down the left wing again to all but seal the win. Esher continued to battle but ran out of time and Reeds were clearly overjoyed to hear the final whistle on what would have been a tough test for them.

Esher should be proud of their team performance especially in the scrum, line-outs and kicking.