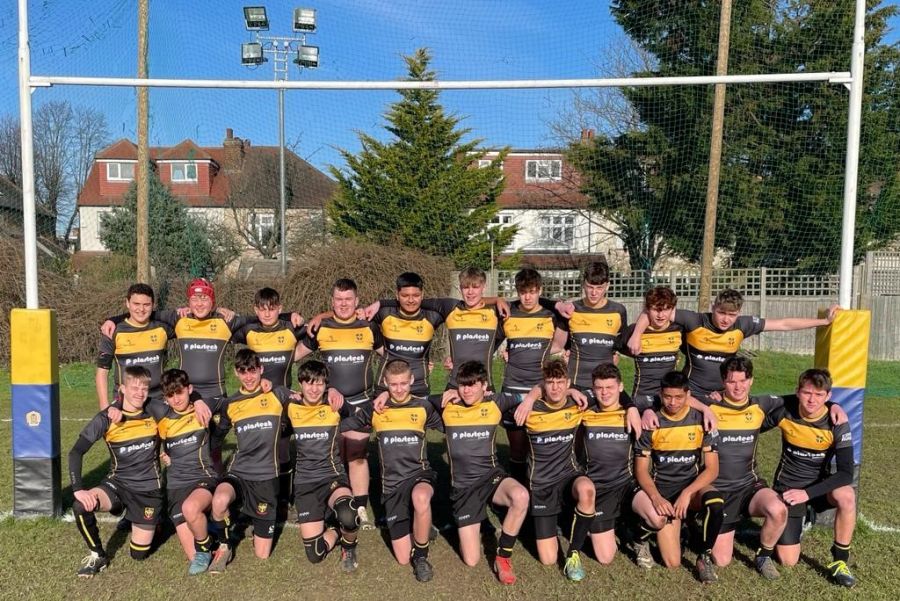 An evenly contested first half saw Old Ruts score first with some strong runs down their right flank. Esher responded quickly when Tylar latched onto a loose ball and used his electrifying pace to leave the defenders in his wake. Play continued to ebb and flow but the hosts took their opportunities to score whilst Esher squandered several promising field positions to end the half a couple of scores down.

The sides looked evenly matched at this point and there was everything left to play for. Unfortunately, Esher went a bit AWOL in the second half with ORs dominating the lion's share of scrums, rucks and line outs. There were glimpses of the Es, a possible try was adjudged to have been held up and a consistent period of pressure forced ORs into multiple infringements resulting in the referee finally awarding a penalty try for dissent.

Old Ruts switched to a kick and chase game late on that Esher appeared unable to adapt to and ran in several late tries.

A tough test for Esher but played in a good spirit and the boys left the pitch to warm applause from the home supporters.