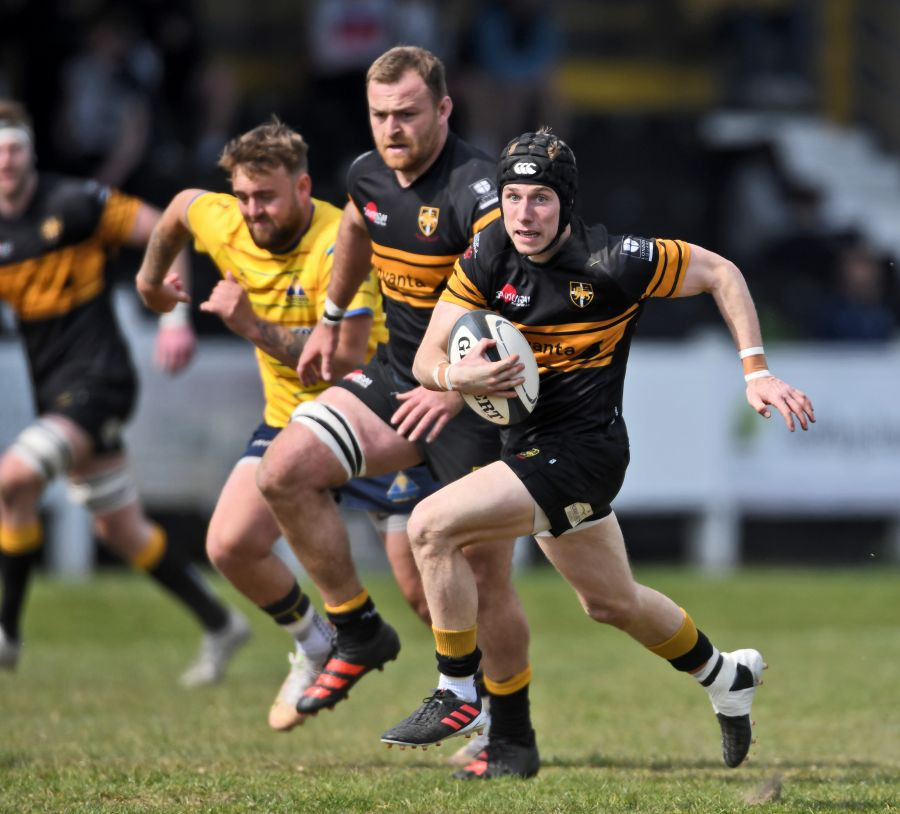 Esher survived a late Worthing fightback on Saturday to maintain their spot at the top of the table as a record home crowd looked on.

Both teams went into the game with a lot to play for, as Worthing sought to avenge their last-gasp defeat a matter of weeks before, while Esher aimed for a bonus point win to keep them on track to top the league as the season draws to a close.

The first half belonged to the hosts as they scored twenty unanswered points before the break. Scrum half Pierre Thompson was first up a mere three minutes in as a few impressive breaks from the home backs sent him racing over in the corner, with Sam Morley making the first of his successful kicks of the afternoon. Morley widened the gap with a penalty kick in the ninth minute after being the recipient of a high tackle. Thompson scored his second of the afternoon minutes later, after a bold break by Morley created space for the scrum half to race over the line, before Morley converted once again.

A second Morley penalty brought the score to 20-0 as Esher's solid defence work held Worthing off. As half time approached, however, there were signs that cracks were starting to appear for the home side, with a yellow card for centre Fergus Donnelly taking the hosts into the break with a man down.

The second half saw Worthing clearly fired up and fighting harder to score - though the first of the half belonged once again to the home side. Myles Rawstron-Rudd's break found the hands of Fergus Donnelly, with Morley once again adding the extras. With Esher going on the attack again from the restart - and the subsequent try coming thanks to an impressive break from replacement wing Tom James, who offloaded to Thompson before regaining the ball to crash over in the corner - the visitors would be forgiven for thinking all was lost. .

They were far from deterred, though, as they proceeded to mount a fulsome attack on the Esher line, being rewarded with three unanswered tries within the next ten minutes. Dan Sargent was first on the board for Worthing, racing away from the Esher defenders to score in the corner, before Matt McLean added the extras. Another break, this time for McLean, closed the gap yet further, as the hosts continued to be punished for their second-half complacency. The final of Worthing's try came thanks to Kemp Price, though there was no conversion this time.

The season now all rests on next weekend's trip to Rochford Hundred, where the Ees will need to secure two league points to be sure of topping the table and making a return to National One next season.