Esher are still flying high at the top of the table after celebrating another victory back on home turf, this time over visitors Bury St Edmunds.

The visitors went on the attack from the start with the lion's share of possession, though the home side were first on the scoreboard thanks to a penalty kick from Sam Morley. Bury St Edmunds hit back a few minutes later with a penalty of their own, thanks to Cam Greenhall, spurring them on to launch another attack on the Esher line. This time they were rewarded for their efforts through winger Ciaran Leeson who nipped over in the corner, though the conversion was unsuccessful.

This score seemed to be a wake up call for Esher, who launched their own offensive campaign on the Bury line from the restart, with hooker Charlie Crawley showing off some impressive pace as he scored under the posts, leaving Morley with an easy job of the conversion.

The tries kept coming for the hosts, with both Hugh Sloan and Pierre Thompson, assisted by Crawley, scoring in the next ten minutes. A yellow card for Esher's Charlie Gossington in the 35th minute gave the visitors a chance to close the gap, as George Strainge making the most of the man advantage to score, with Chris Bolton adding the extras just before half time.

Esher once again opened the second half scores, this time through a pacey break from Thompson and a neat finish from Morley, who raced under the posts ensuring an easy job as he converted his own try. Despite the visitors launching another all-out attack on the Esher line, Thompson sneaked through again for the hosts, though Bury hit straight back as Ruaraidh Williams made an impressive break before offloading to Bolton to score. This time it was Charlie Reed adding the extras as both sides continued their fight to the death. One more score from the hosts, this time thanks to a catch and drive touched down by Joe Vajner, sealed Esher's victory. 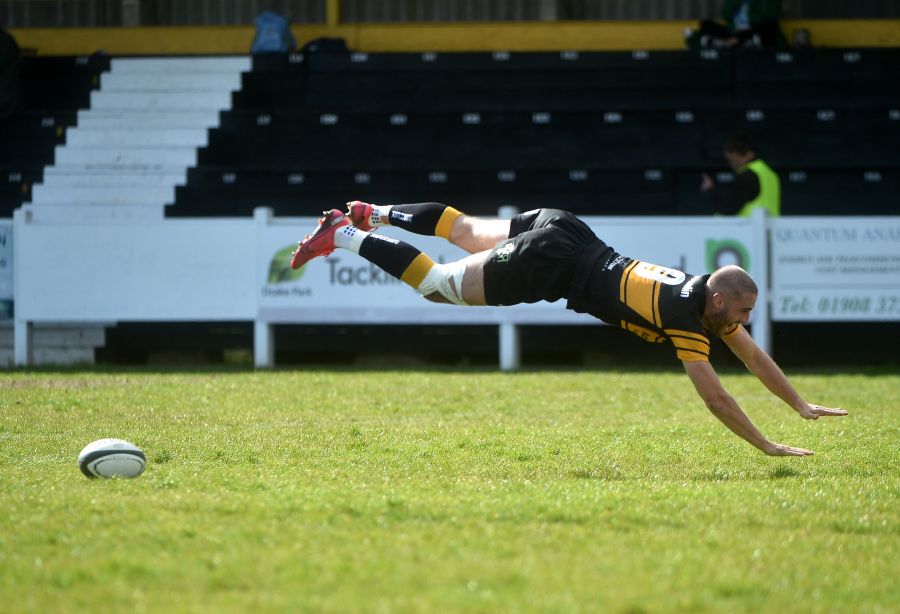 Click on link to see the match photos:  https://www.leothephotographer.co.uk/p/98452xcc

And, in the words of Richard Spiller  "Lethal half-back pair push Esher step closer to title" ..... see Richard's report below: