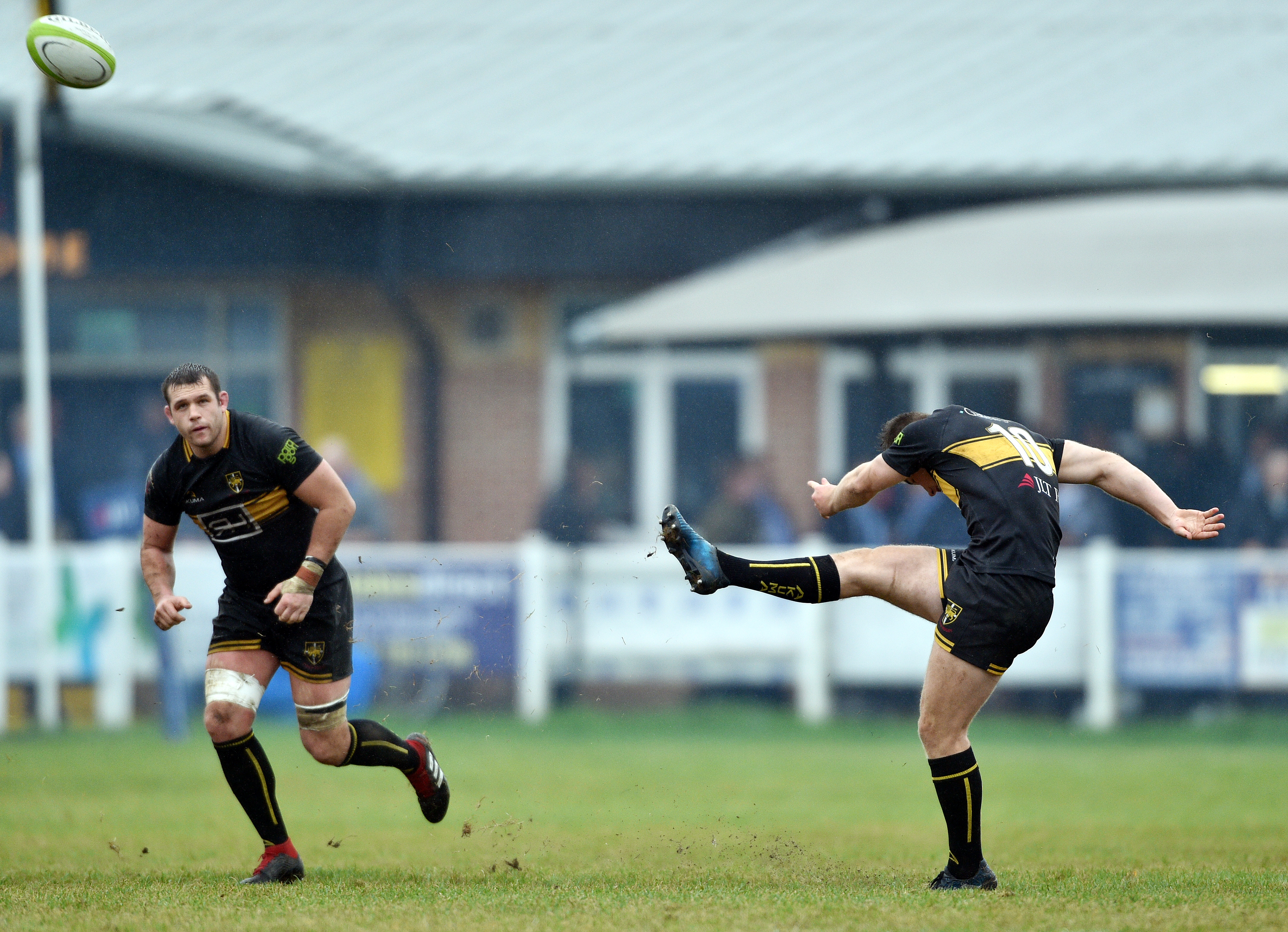 Esher suffered another close defeat in a proverbial game of two halves on Saturday, building up a 21 point lead in the second half only to lose by a 25-24 score line in the closing stages to visitors Darlington Mowden Park.

In the early November Molesey Road sunshine, it was the home side who opened the scoring after just 4 minutes when centre Max Coyle intercepted a pass on the Darlington 22 to run in and dot the ball down under the posts.Fly-half Paul Roberts duly added the conversion to extend Esher's lead to 7 points.

The hosts were beginning to dominate territory and possession, and soon increased their advantage through a Paul Roberts penalty in the 11th minute.More Esher pressure followed, but frustratingly for the home side they were unable to add to their lead after finding themselvespenalised on three occasionsfor technical infringements while in possession close to the Darlington line.

Having soaked up long periods of pressure in the first half, the visitors gained a foothold in the game when a brief foray into Esher territory resulted in penalty in front of the posts for fly-half Warren Seals in the 34th minute.Esher responded well however, with another spell of possession in the visitors' half resulting in a yellow card for Darlington prop Ralph Appleby.Making use of their numerical advantage, the home side continued to batter away at the Darlington line until second row Cameron Gentles eventually went over from close range with 39 minutes on the clock.Roberts added the extras to make the half-time score Esher 17-Darlington 3.

Esher started the second half as they finished the first, showing good intensity and line speed in the backs as they ran in their third try of the afternoon in the 43rdminute through second row Graham Logan.After winning the ball in the middle of the field, the Esher backs quickly spread the play out towards the left,where wing Kariym Irving broke through the first tackle before straightening his line and surging into the Darlington 22.With the defence closing in, Irving released a pass to Logan who took the ball at pace and powered over to score in the corner.Roberts added the conversion from the touchline to make the scorelineEsher 24-Darlington 3.

As the home side began to throw the ball around in search of a bonus point try however, the game seemed to turn when an over-elaborate move from the Esher backs was penalised for an obstruction in the midfield.From the resulting penalty, Darlington began to exert a spell of pressure in the Esher 22, resulting in their first try of the afternoon from a driving maul through flanker Joe Duffy.Warren Seals slotted the conversion to make the scoreEsher 24-Darlington 10 after 48 minutes.

A second try for the visitors quickly followed after more good work from the Darlington forwards allowed winger Brandon Asher-Wood to break away and score in the right-hand corner.The conversion was unsuccessful, but Esher's lead had now been cut to 9 points with 26 minutes left to play.

The visitors were turning up their intensity now, launching an all-out assault on the homedefence as they sensed a way back into the game.A driving maul in the 70th minute was held up over the line, but from the resulting scrum, the referee showed no hesitation in awarding a penalty try when a strong second shove by the Darlington forwards looked to have the Esher pack in trouble.

With the gap now down to just 2 points the pressure from the Darlington forwards was relentless as they went in search of another score to win the game.The home side were defending doggedly, but with only 4 minutes left to play, the visitors were awarded a penalty after the Esher forwards were deemed to have gone off their feet at the breakdown.Esher replacement Jack Musk was sent to the sin bin for his involvement, and as Molesey Road fell silent, Warren Seals calmly stepped up to complete the comeback and give his side the lead for the first time in the match.

Having got their noses in front, Darlington secured the ball from the restart and looked to be closing the game out, but with the referee signalling that time was up, there was still time for one final act of drama.As the Darlington scrum-half attempted to punt the ball into touch, the kick was somehow sliced up in the air and back towards his own corner. The home crowd roared as the Esher backs set off in pursuit, but as the ball plummeted to the ground, it bounced agonisinglyat a right-angle and rolled straight into touch to bring the contest to an end.And whilst Esher will be left to reflect on a painful match whichultimately slipped from their grasp, credit must go to Darlington for turning the game around with a determined second half fight back.