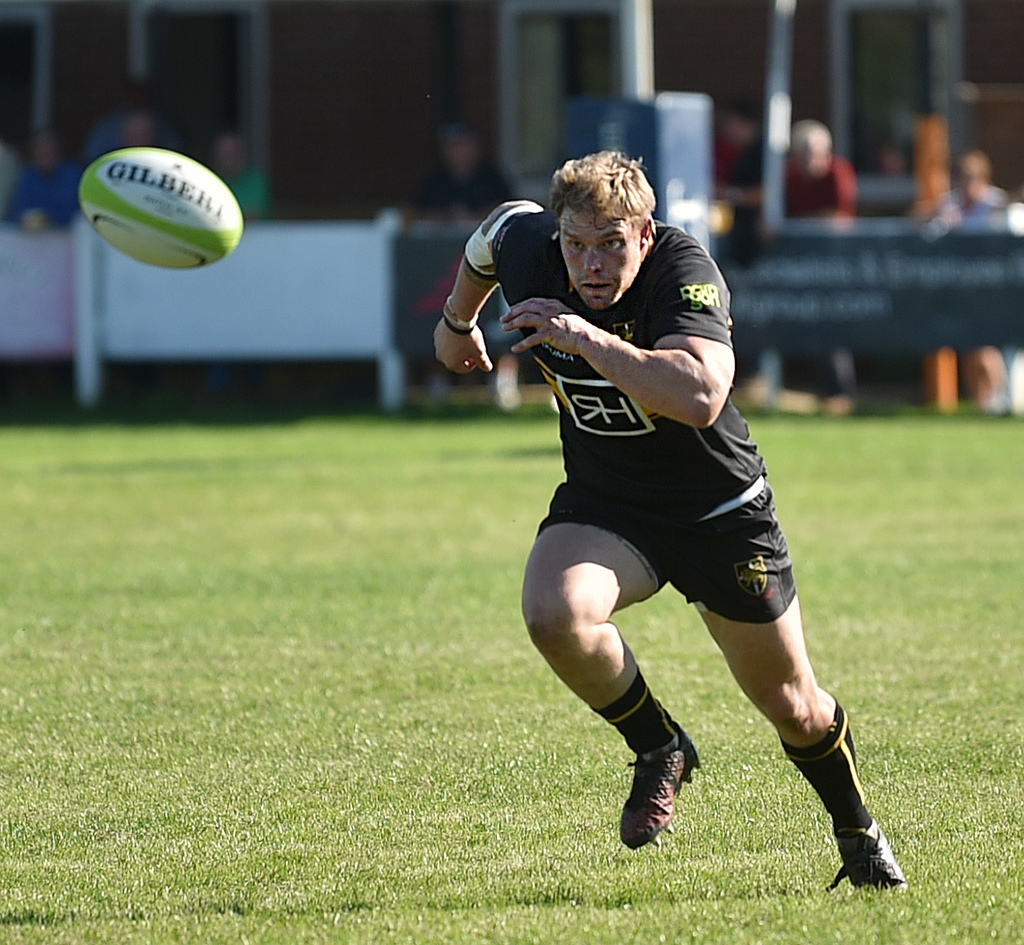 Esher ensured their survival fight would go into the final week of the season as they signed off their home campaign with a 34-29 bonus point victory over visitors Chinnor RFC in another tense encounter at Molesey Road.

With Tom Williams's men knowing that anything less than a win would spell certain relegation, the home side duly came out firing as they raced into an early lead courtesy of an Owen Waters try in the 4th minute. Having been awarded a penalty just inside the Chinnor 22, scrum-half Jack Walsh showed good awareness to take a quick tap and run at the retreating defence, darting forward before passing inside for Waters to finish under the posts.Waters converted his own score to give Esher a 7 point lead.

A second try for the hosts followed just 4 minutes later, when a perfectly weighted kick through the Chinnor defence from Jack Walsh resulted in a score in the corner for full-back George Simpson.The conversion fell short, but Esher extended their lead to 15 points with an Owen Waters penalty in the 14th minute following another spell of pressure in the visitors' half.

Chinnor were beginning to find a foothold in the game towards the end of the first quarter, building possession as they worked their way into Esher territory through a series of drives and carries.A driving maul brought them close to the line, but having been stopped just short the ball was recycled quickly to the right where second row Ben Thomas was on hand to crash over from close range.Fly-half Caolan Ryan added the conversion to make the score Esher 15-Chinnor 7 with 20 minutes played.

Esher hit back 3 minutes later when full-back Simpson joined the line, taking the ball at pace and cutting through the Chinnor defence from around 20 yards out to score under the posts.Waters added the conversion to restore Esher's lead to 15 points, before Chinnor wing Craig Holland raced through a gap to score his side's 2nd try of the afternoon in the 29th minute.The conversion was unsuccessful, leaving the score at Esher 22-Chinnor 12.

With the two sides trading blows on the scoresheet, it was Esher who struck next, as they turned defence into attack to bring up their bonus point with arguably one of the best tries seen at Molesey Road in recent years.The visitors looked set to score as they broke into the Esher 22 with only George Simpson left to beat, however the Esher full-back timed his tackle to perfection, holding his man up and dislodging the ball in the process.Seizing on the loose ball, the Esher backs were quick to launch a counter attack as they spread the play wide to the right, finding centre Dan Rowland on the edge of the 22.Rowland promptly cut back infield, accelerating into space with a rampaging run through the defencebefore drawing the last man to send wing Callum Monks racing away under the posts. Waters added the conversion to give Esher a 29-12 lead heading into the break.

After some early enterprising play from the Esher backs at the start of the second half, Chinnor took control of possession as they began to exert a lengthy spell of pressure in the Esher 22.The visitors went close when a driving maul was held up over the line in the 51st minute, but Esher's defence was eventually breached from the resulting 5 metre scrum with winger Oscar Heath collecting a dipping pass to sprint in under the posts.Ryan slotted the conversion to reduce Esher's lead to 10 points.

The home side responded with their fifth try of the afternoon in the 60th minute when second row Devin Montgomery made a powerful break from the Esher 10 metre line.Charging into the visitors' half, Montgomery offloaded to hooker Jack Musk who carried on the move with a mazy run through the midfield.As the defence closed into cut off the pass to the support runners however, Musk produced a textbook kick to the corner for Callum Waters to give chase, with the replacement scrum-half winning the race to the ball before jinking inside the last defender for an unconverted score.

Chinnor came back at Esher again from the restart, and with the home side missing touch from a penalty, a sharp break from fly-half Caolan Ryan brought the visitors back into the Esher 22.Another spell of pressure ensued as the Chinnor forwards worked through the phases, stretching the Esher defence before eventually creating the space for wing Craig Holland to score his second try of the game and bring up his side's bonus point.Ryan added another conversion to make the scoreline Esher 34-Chinnor 26 with 11 minutes left to play.

The tension was building as Chinnor continued to erode Esher's lead in the closing stages, with fly-half Ryan stroking over a long range penalty in the 76th minute to bring the visitors to within just 5 points.Another penalty to the visitors on the half-way line in the 78th minute brought them ever closer, but with home supporters starting to look away, the Esher pack came up with a crucial turnover to regain possession and run the clock down.Winning a penalty of their own, there was just enough time to take the lineout before Callum Waters punted the ball into touch to seal the victory and keep Esher's slender survival hopes alive.

And as the Esher players prepare to summon up one final effort away to old friends and rivals Blackheath, make sure you're there to get behind the team for one last time this season!