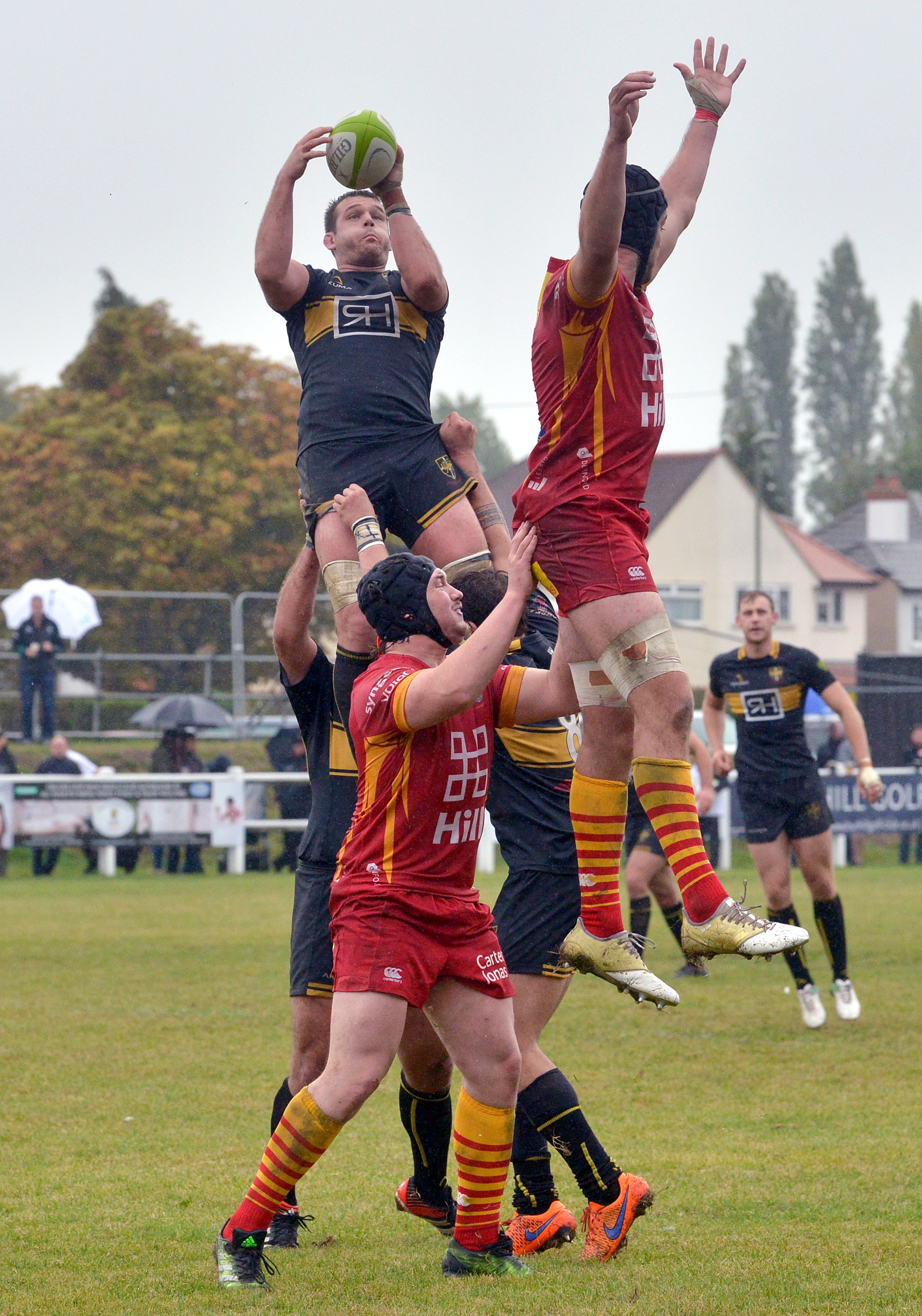 Esher secured their first win of the season with a gritty display against visitors Cambridge on Saturday, surviving a tense finale to earn a much needed 17-10 victory at Molesey Road.

On a grey and rain-soaked September afternoon, the home side opened the scoring after just 4 minutes when scrum-half Jack Walsh dived over from close range.With Cambridge spilling the ball directly from the kick-off, Esher promptly seized the initiative by launching a series of drives and carries in the visitor's 22 before opting to spread the playout towards the right wing.As the ball went down the line, hooker Devlin Hope appeared in the centres, cutting inside his man and charging forwards at pace.Hope was eventually stopped just short, but Jack Walsh was in close attendance to pick a gap and dot the ball down over the line.Owen Waters added the conversion to give Esher a 7-0 lead.

Cambridge responded well andwere back on level terms only3 minutes later, albeit in slightly unusual circumstances.Having worked their way into the Esher 22, the visitors quickly spread the ball wide towards the right-hand touchline, only for the move to break down with an apparent knock-on.The referee initially signalled for a scrum to Esher, however after a consultation with his assistant, it was adjudged that an early tackle had dislodged the ball to prevent a probable score and Cambridge were awarded with a penalty try.

Owen Waters restored Esher's lead in the 26th minute after a disjointed passage of play, before missing an easier opportunity to extend the advantage 8 minutes later, but Esher were enjoying their best spell of the match by this stage as they pushed the visitors back in search of a second try.With the clock ticking down on the first half, Esher were duly rewarded when captain Charlie Gossington burrowed over to score beside the posts following another spell of pressure in the Cambridge 22.Waters added the conversion with the final act of the half, to give Esher a 17-7 lead going into the break.

Cambridge started the second half with a lengthy spell of possession, stretching the Esher defence in the middle of the field as they looked to find a way back into the game, but the ball was eventually turned over when wing Tom James came up with an intercept.As the downpour continued however, neither side were able to fashion any clear-cut opportunities in the slippery conditions until Cambridge reduced the Esher lead with a 57th minute penalty from fly-half Ben Penfold.The hoststhen missed the chance to restore their advantage when another relatively straightforward penalty went wide just 4 minutes later.

Esher were defending resiliently as Cambridge piled on the pressure in the final quarter, neutralising the visitor's attacks with their well-marshalled back line and some robust tackling, but frustratingly for the home side they were struggling to retain possession for any length of time.With the clock edging towards 80 minutes and the nerves of home supporters becoming increasingly frayed, it looked as if Esher might be made to pay when a clearance kick went out on the full, presenting Cambridge with a lineout just outside the home 22 and a final chance to level the game.

Securing the ball from the lineout, Cambridge rumbled their way towards the Esher line, working through the phases until they found themselves within striking distance in front of the posts.Asthe Cambridge forwards went ever closer however, Devlin Hope stepped up with a thunderous tackle to stop the ball carrier dead in his tracks, before the rest of the Esher pack joined in to drive their opponents back and away towards the edge of the 22.The ball was subsequently knocked on from an Esher hand, but with no time left to take the scrum the final whistle blew to seal a hard fought and well-earned first win of the season.