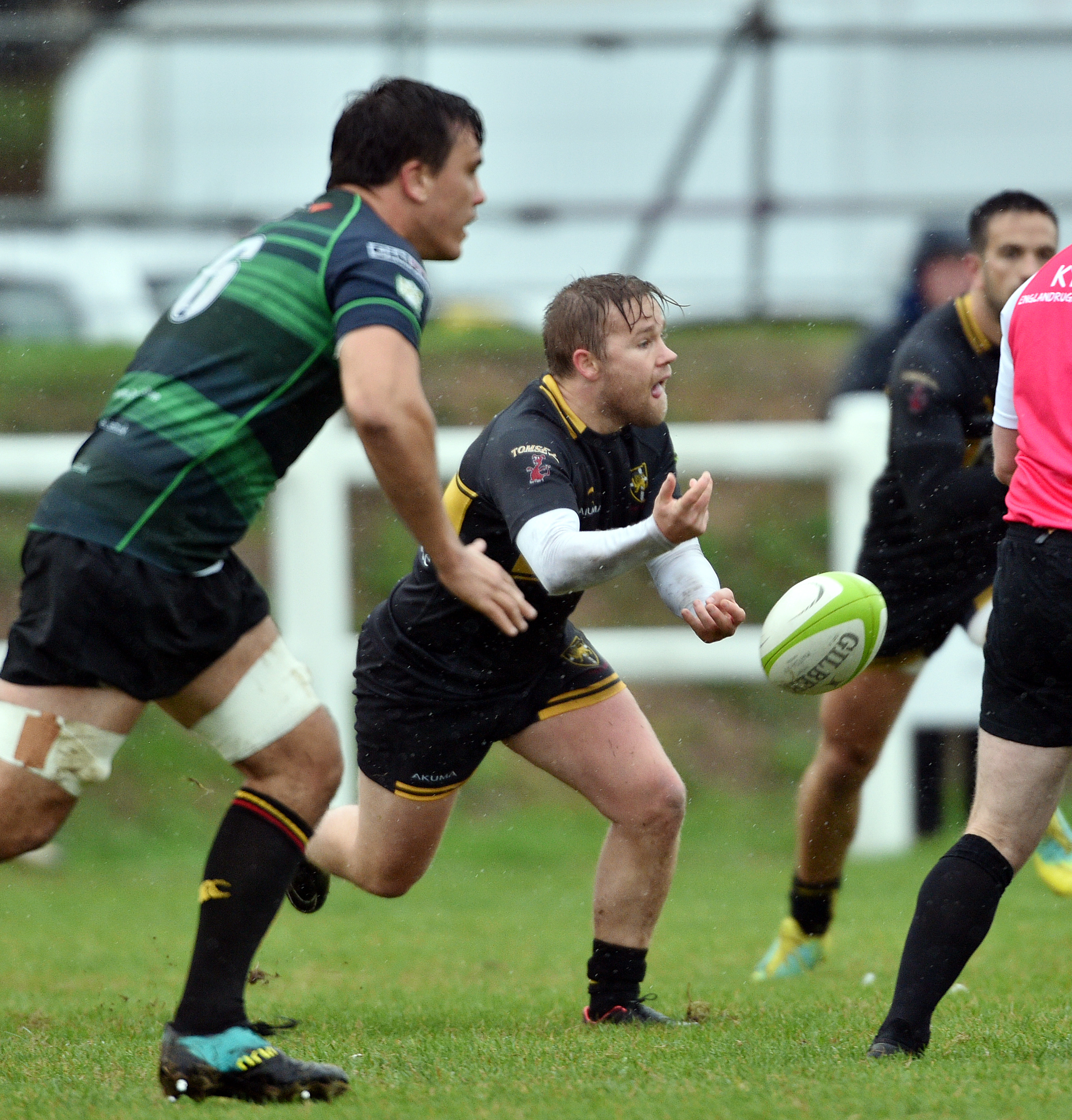 Esher went down to a disappointing defeat on Saturday, losing 38-21 with a subdued performance against a fired up Birmingham Moseley side at Molesey Road.

The game started brightly enough for the home side as they opened the scoring through a Paul Roberts penalty in the 4thminute, but the visitors hit straight back from the restart when centre James Williams made a strong break though the Esher defence on the 10 metre line and accelerated away to score under the posts.Williams converted his own try to give Moseley a 7-3 lead after just 5 minutes.

Both sides exchanged penalties as the game began to take shape, before Moseley extended their lead to 16-6 with a further two kicks at goal.Esher pulled another penalty back in the 25thminute but the hosts were contributing to their own problems by this stage as basic errors and missed tackles were allowing the visitors to dominate possession and territory.

The away side continued to press and were soon back on the scoresheet again with their second try after 32 minutes through second row Lewis Bean.With Esher looking to mount an attack in the Moseley half from a penalty kick to touch, the ball was stolen at the lineout, creating the platform for the visiting backs to produce a well-worked move which brought them to within a few metres of the home try line.The direction of play was quickly switched back towards the left, and after several carries and phases from the Moseley forwards, second row Bean was able to bundle over in the corner.Williams added the conversion to give his side a 23-9 lead going into the break.

As the second half kicked off, Esher's hopes of a recovery were dealt an early blow when the visitors ran in their third try of the game in the 45thminute.Kicking from their own 22 for the backs to give chase, Esher were caught out when the ball rolled into touch and Moseley opted to take a quick lineout.The ball was passed back infield to full-back Nick David who showed good pace as he set off on a mazy run from just inside the Esher half, racing in behind a flat-footed defence to score in the corner.The conversion was unsuccessful, leaving the score at Esher 9-Moseley 28.

Esher finally sparked into life in the 57th minute when a break in the middle of the field from No.8 Harrison Collins found back-row colleague Cameron Gentles in support.Gentles surged forward through the Moseley defence before offloading to wing Joe Beckett, who juggled the ball and then accelerated away towards the right-hand corner.Beckett was brought down just short of the line, but the ball was recycled quickly and spread back across the field where Esher blindside Rob Dudley-Jones appeared on the opposite wing.Taking a pass from slightly behind him on the Moseley 22, Dudley-Jones did well to adjust and turn as he sprinted away from the cover to dive over in the corner.Paul Roberts added the conversion from the touchline to reduce the deficit to 12 points and give Esher a glimmer of hope.

Moseley responded well however and were rewarded with a penalty in front of the posts in the 65th minute following a prolonged spell of possession in the Esher 22.Williams stepped up to take the kick and effectively put the game beyond Esher's reach, giving his side a 15 point lead with just under a quarter of an hour left to play.

More pressure followed from the visitors, eventually resulting in the bonus point try that their performance deserved when Sam Pointon darted over from close range in the 75th minute.Williams added the extras to make the scoreline Esher 16-Moseley 38.

To their credit Esher refused to lie down, showing good ball retention in the closing stages as they worked their way back into Moseley territory with a determined spell of possession.A sharp break from debutant scrum-half Sam Bullock brought them to within a few metres of the line, before prop Matt Lowes crashed over with the final play of the match to score in the corner.And as the attempted conversion fell short, the referee's whistle blew to seal a convincing win for the visitors and leave Esher hoping to rediscover the performance levels of the previous weekend ahead of next Saturday's trip to Sale.