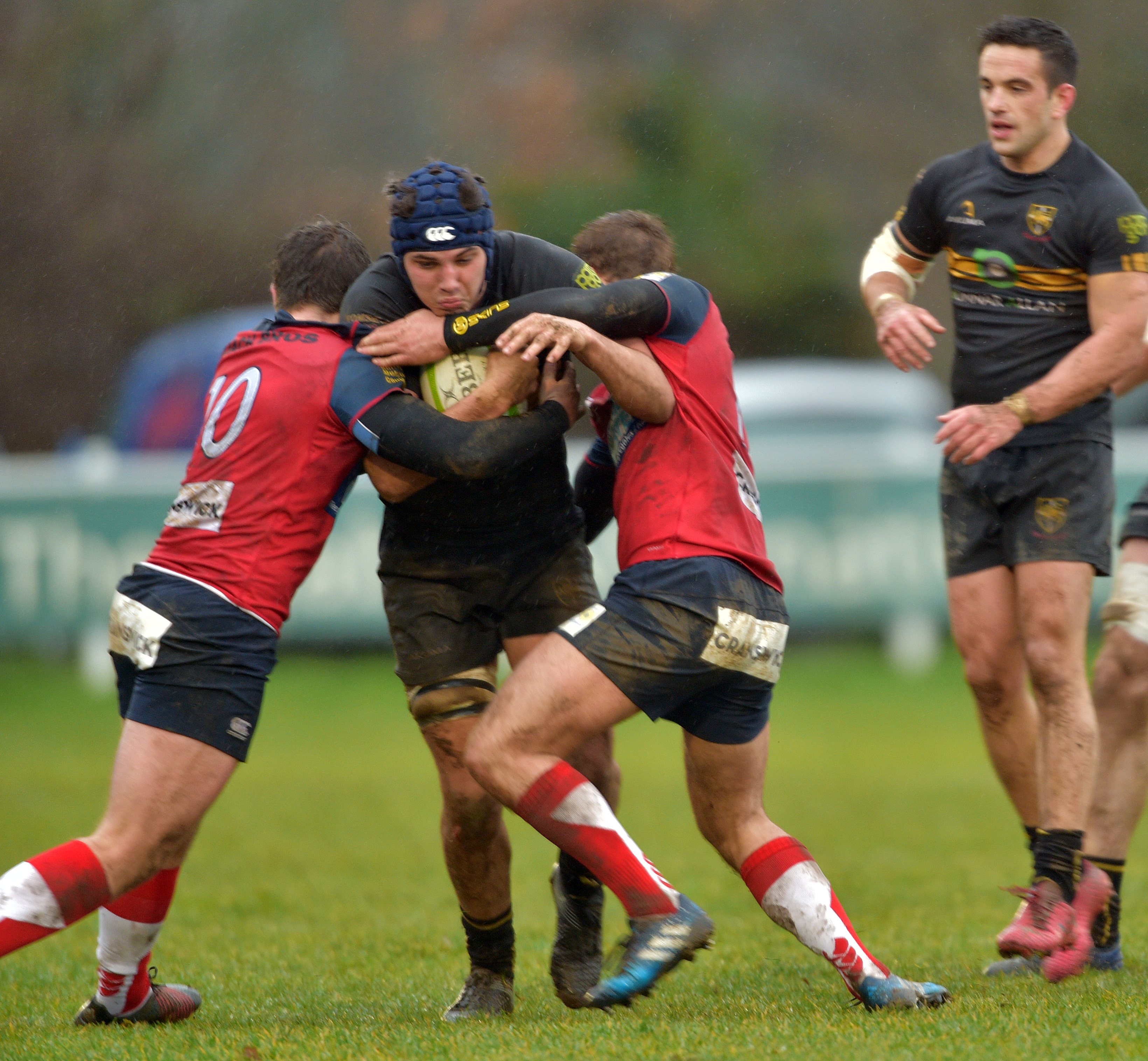 ​Esher rounded off their pre-season preparations with a narrow 26-24 loss at home to Welsh Premiership side, Bedwas in a full-blooded encounter which saw the home side build up a 17 point second-half lead, but ultimately falling behind in the final minute of the match.

With the Esher starting XV featuring 6 players making their home debuts, it was the visitors who made the brighter start, crossing for their first try of the afternoon after just 4 minutes when a driving maul went down just short of the Esher try line.The referee had no hesitation in awarding the penalty and brandishing a yellow card towards Esher No. 8 Rob Dudley-Jones.From the resulting lineout Bedwas drove forward again, creating the platform for Jonathan Armitage to score from close range.Joseph Scrivens added the extras to give his side a 7-0 lead.

Bedwas continued to dominate the opening exchanges, but with Dudley-Jones returning from the sin bin the home side began to gain a foothold in the game and exert some pressure of their own.Having worked their way deep into the Bedwas 22, scrum-half Jack Walsh threw a miss pass to find fly-half Owen Waters close to the touchline.With two men to beat, Waters cut inside the defenders and dived over the line, converting his own try to level the scores after 15 minutes.

The home side were beginning to take control by this stage, and were duly rewarded with their second try of the afternoon through hooker Devlin Hope following another spell of possession in the Bedwas half.Changing the direction of attack at the base of a ruck, Jack Walsh found centre Basil Strang who produced a defence splitting pass to send Hope galloping away to score under the posts from around 10 yards out.Waters added the conversion to make the scoreline Esher 14-Bedwas 7 at half-time.

Esher made a strong start to the second half, stretching the visiting defence through some sharp play from the backs, with debutant winger Simi Bituwaqa in particular causing problems with his pace and elusive running lines.Waters soon increased the lead with a penalty in front of the posts, and things got even better for the home side just 5 minutes later, when centre Chris Arnold seized on a loose pass in the Bedwas 22 to gather up the ball and score under the posts.Replacement fly-half Andrew Fluker added the conversion to give Esher a 17 point lead with 25 minutes left to play.

Having seemingly built up an unassailable lead however, the tide began to turn back towards the visitors when a spell of pressure in the home 22 resulted in a yellow card for replacement hooker Rhodri Tanner.Esher's defence did well to repel the initial danger, but having turned the ball over and cleared their lines, James Brooks also found himself in the sin bin just moments later for a deliberate knock-on close to the half-way line, leaving the home side down to 13 men for the next 8 minutes.

Making use of their numerical advantage, Bedwas piled forward in search of a way back into the game.The pressure eventually told when hooker Dale Rogers scored from close range, with the conversion added to reduce the arrears to 10 points around the 70 minute mark.A second converted try quickly followed through Tom Rowlands after a line break in the middle of the field, bringing the visitors back to within just one score.

The visitors were in the ascendancy now, and with 79 minutes showing on the clock, the ball was spread wide to the left where Dale Rogers found himself in an overlap situation to score his second try of the afternoon and give his side a 2 point lead.After a narrowly missed conversion there was just time for Esher to take the restart, but Bedwas were able to turn over possession and kick the ball into touch and seal the win.

Although not the result they would have hoped for, after some promising debut performances and with the backs looking dangerous against a strong opposition, Esher can have every reason to feel positive ahead of the forthcoming National League One season.

Tweet
“I don’t remember much about my England debut. I g...
New Signings