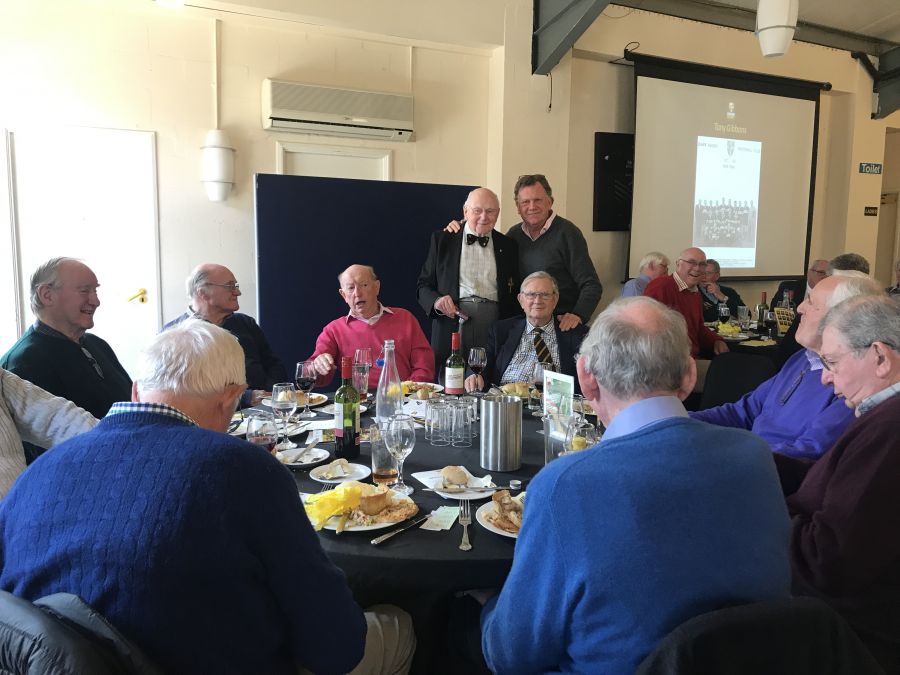 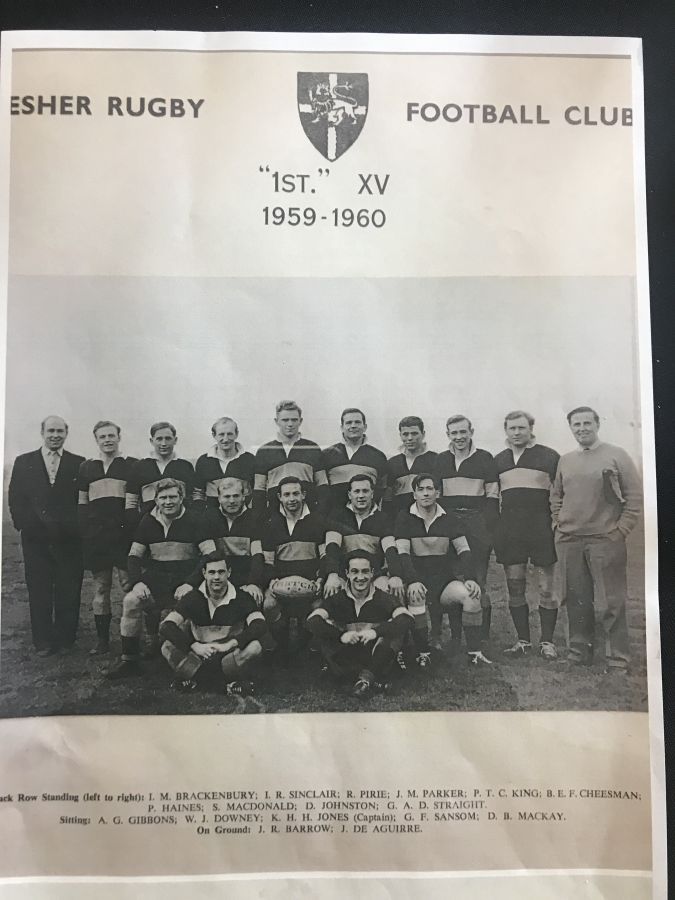 Tony Gibbons joined Esher Rugby in 1956. He played hooker for Esher 1st XV and he was a Vice President of Esher.

Tony passed away on the 29th December after a bout of flu. He can be seen above with his son Nigel standing behind him at the Xmas lunch on 14th December.

His funeral will be held on Friday 10th January at 3.45pm at the Guildford Crematorium. Esher RFC meant a great deal to Tony and he shall be cremated wearing his club tie - loyal to the end! Everyone is welcome to join the family for refreshments at King George's Cottage afterwards. King George's Cottage was his home with his wife Hazel for 38 years, which his daughter Kim took over, and his ashes will join hers in the garden in due course.