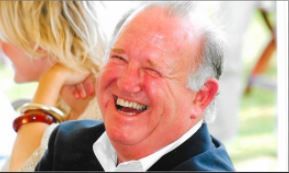 Funeral details are as follows:

Colin was a huge supporter and adviser to Esher Rugby. He was on the Board of Esher Rugby Professional for many years as well as having significant involvement in both Harlequins and also Old Surbitonians

'It is with great sadness that we have to announce that Colin Herridge, Executive Committee member of Esher Rugby Club, has Passed away recently.

Colin gave forty years of service to Harlequins RFC and during this time acted as Chief Executive Officer, President of Surrey and Media Director and Executive committee member of the RFU. In his latter years he was a regular supporter of Esher and joined our Executive Committee providing great expertise with Esher's development of the now Professional sport of Rugby Union.

In addition to this, he found time to be a very successful Business man with Directorships and ownership of the "Slug and Lettuce pub group", "Grosvenor Inns plc" and "Hayters sports agency".

In 2005 Colin became Chairman of the Planet Education, a company that provided sport causes for all young children and adults.

However, it was within the Rugby world that Colin will be mostly fondly remembered, he was at the RFU in the days of Carling, Guscott, Winterbottom, Dooley and Halliday as Media Relationship manager and once said to me that if social media had been in place in those days, then all their careers would have come to an end there and then!

Our thoughts and condolences go to Colin's family, friends and all those that knew this legend of our sport.'