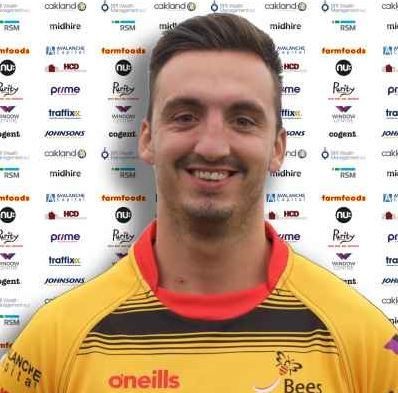 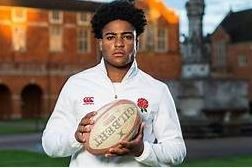 Director of Rugby Peter Winterbottom expects these players to press hard for places in the 1st XV this year, challenging both established players and some of the other new players already announced.

Fullback/Winger Corey Venus's rugby CV includes representing Scotland at U20 level, two seasons with the Leicester Tigers Academy 2010/2012, a season with Championship side Nottingham Rugby in 2014/15, a spell with French side Stade Domontois in 2015/16, as well as two seasons in National 2 North at Stourbridge in 2016/17, and at South Leicester. In 2018/19 he played for Birmingham Solihull in National 2 South, so he brings in-depth knowledge of many of our opponents this season.

2nd/Back row player Adam Bullett returns to Esher having spent 6 seasons with Weybridge Vandals, the last two as captain. He won both Players' Player of the Season and Supporters' Player of the Season in 2018/19. As a junior he played up to Under 18s at Esher in David Chalcraft's outstanding squad before going to Loughborough University where he played for their BUCS 1 team.

Centre/Wing Lennox Anwanyu joins us having left Christ's Hospital where he was the first recipient of their Joe Launchbury Rugby Scholarship. Lennox has played for Harlequins at Under 17 and Under 18. He also represented England at Under 18 level in 2018, having played previously for England Under 16. He represented Harlequins in the Premiership Singha Sevens in 2018.

Fly Half Gus Locke joins us while on a year's internship with Your Golf Travel. He is studying International Business at Loughborough University, although has yet to play for their National League Team. In his gap year he played for Wanderers in Newcastle, Australia and made the NSW Country Under 20 XV, no mean feat for an 18 year-old. Gus was at Reigate College before University and played for Old Reigatians from the age of 16.

Also on an intern year from Loughborough University is Back-row Cameron Wilkins, son of 1st XV Coach and Esher legend, Chris Wilkins. Cameron has played for Loughborough's BUCS team and also made a handful of appearances for Leicester Tigers in their A League team. Cameron learnt his early rugby at Whitgift where his father and 2nd XV coach Chris Kibble have led rugby over the last 20 years.

Supporters can expect to see all of these players on Saturday 31st August when we have two consecutive home matches against Richmond, allowing Peter Winterbottom and Chris Wilkins to run the rule over all of the players they have so far seen in training.