The Esher Lions started their 2018 Sevens campaign on a balmy evening against a very strong Worcester Warriors team which contained a number of their First XV squad. In contrast to the Lions who had a very young squad but who performed exceptionally. The Lions took the game to the warriors and spent the early stages camped around the warriors 22 but failed to get over the line. As often happens, the Warriors, went the length of the pitch to score first. Worcester raced into a 19-0 lead before Sam Bullock scored, for the Lions and then converted,to reduce the score to 7-19.However, the Warriors scored 3 more tries and ran out 36-7 winners, a score that flattered them.

The format of the competition meant that we went straight from the Qualifying Round to the Bowl Competition where we came up against Bath Uni. Despite falling behind early the Lions played some great Sevens rugby and scored 5 tries from Van der Ploeg (2), Bullock, Toomer and Robertson, three of which were converted, and ran out 31-14 winners to progress to the Bowl Final against Loughborough Students.

The Final turned out to be a tremendous game with Loughborough racing into a 17-0 lead. However the Lions showed great spirit and Alex Davolls scored on the stroke of half time to make it 17-7.The Lions continued to fight, and despite another Loughborough score, Freddie Strange and George Bvuma scored converted tries to make it 21-22 with a minute to go. At that point it looked as though the Lions would make a great comeback to win but with the Lions pushing hard Loughborough secured the ball and scored to make the final score 29-21 to Loughborough.A great effort from the Lions!Gloucester Rugby won the Overall Final.

The next Tournament is this Sunday 6th May when we start the Super Sevens series at Bury St Edmunds. 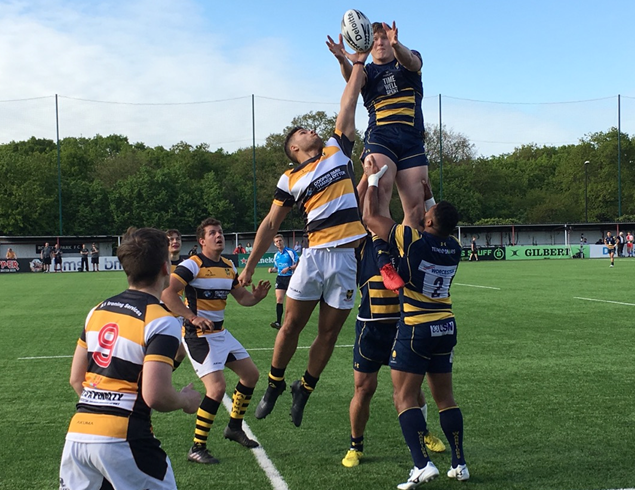 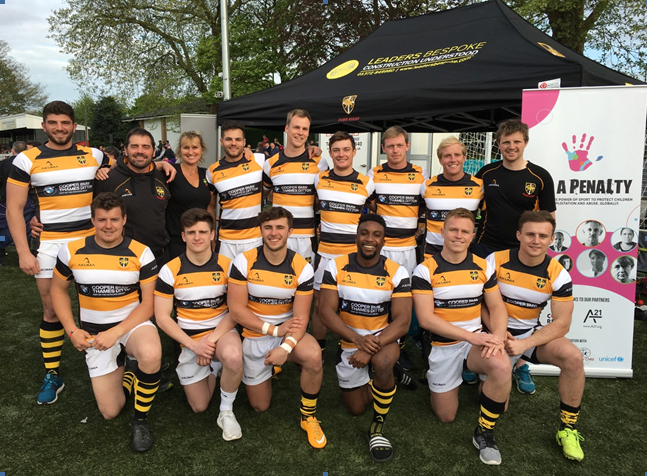 More posts from author
Thursday, 24 November 2022 Peter Haines 1939 - 2022
Friday, 03 July 2020 The new Esher Rugby Online Shop is Open in anticipation of the new season!
Tuesday, 12 May 2020 Herbalife Nutrition offer Esher Rugby members 15% discount on Sports Nutrition Programme
This website uses cookies. By continuing to browse the site, you are agreeing to our use of cookies.Read our Privacy Policy here.
Agree