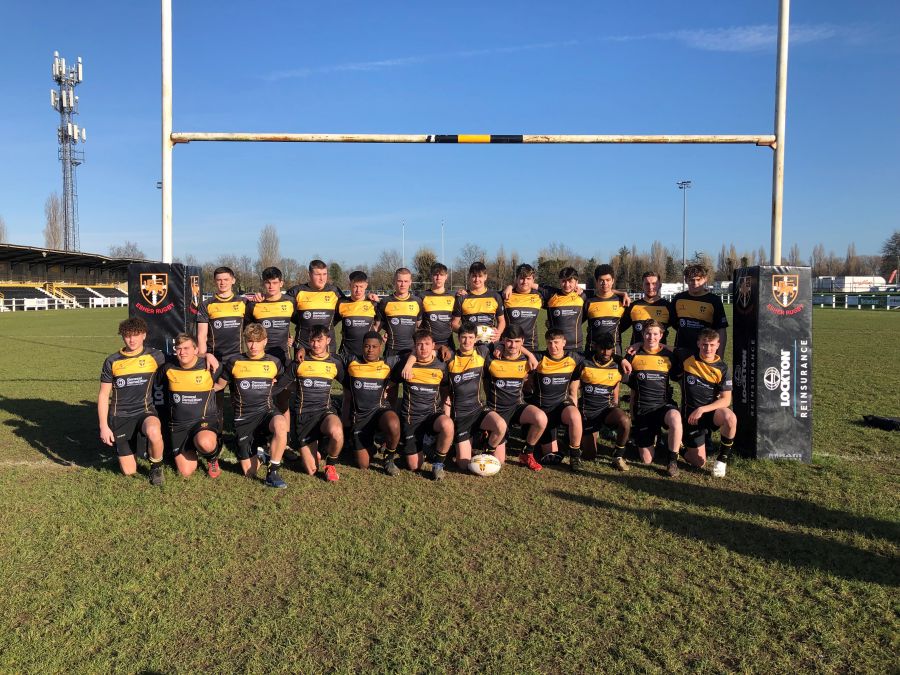 The Colts (pictured above in their new kit, sponsored by General Demolition) began their Quins Cup exploits with a home game against London Welsh on Sunday. A strong start saw Esher dominate early possession in the first half and this really continued throughout the match. Two tries from Rocco Newsom-Smith, one try of the season contender from Jonny Daly and great conversions from Charlie Mayhew saw the Colts lead 21-14 at half time.
At half time it as impressive to hear the players discussing the second half game plan, leaving little for the coaches to impart.

The second half saw an even more dominant performance from the Colts, with London Welsh barely leaving their half. A superb bit of quick thinking from Caspar de la Touche and Monty Crabb saw Monty touch the Colts fourth try down. Rocco and Jonny then scored again with some great running and strength on show. Rocco completing his hat trick.

Every player who started and came on to the pitch contributed to this impressive victory for the Colts. From 1 to 22 they deserve the credit due to them. It was, probably, the best game we have seen them play in recent years. Every single player did what we asked of them before the game and played a very impressive and controlled game of rugby. An absolute credit to the Club and themselves.

Some of our lads already train with the senior squad and I have no doubt that many will follow Rocco and play senior rugby in the near future.

We play Barnes away this Sunday, where I hope the lads will put out another performance of this quality.