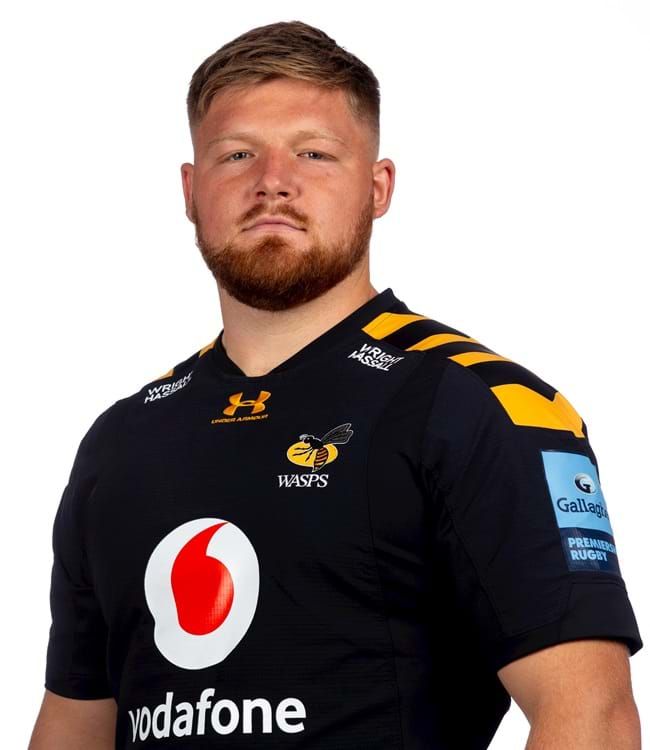 Esher are delighted to welcome prop Jack Owlett who has joined the club following the collapse of Worcester Warriors. A former Scotland under-20s prop, he has played at both tighthead and loosehead, standing at 6ft 1 in and weighing 122kg.

Jack graduated from the University of Exeter in 2017 with a first class degree but it was his performances in their 2016 BUCS-winning side that brought him to the attention of Exeter Chiefs. He signed for the Chiefs' at the conclusion of his academic studies and gained valuable senior experience. He was also dual registered with Cornish Pirates in the Championship during his time at Sandy Park. He knows Pierre Thompson and Sam Morley, our current half-backs who followed the same route.

Jack joined Wasps in the summer of 2019 and gained 11 appearances for them before making the short move across the Midlands to Premiership rivals, Worcester Warriors. He made his Warriors debut as a replacement against London Irish at Sixways in September 2021 but unfortunately tore his hip-flexor off the bone against Northampton Saints after a strong start to the season. After surgery and being side-lined for 5 months to rehabilitate, he recovered from injury to positively contributed to the end of the season. Jack has appeared twice for Warriors this season before it was cut short as a result of the suspension of Worcester Warriors from the Gallagher Premiership.

Jack has joined Esher having decided to pursue opportunities outside of full-time professional rugby and has taken up a career in finance. We look forward to seeing him on the pitch in an Esher jersey very shortly.