Esher Rugby Awards at the AGM and The Summer Ball 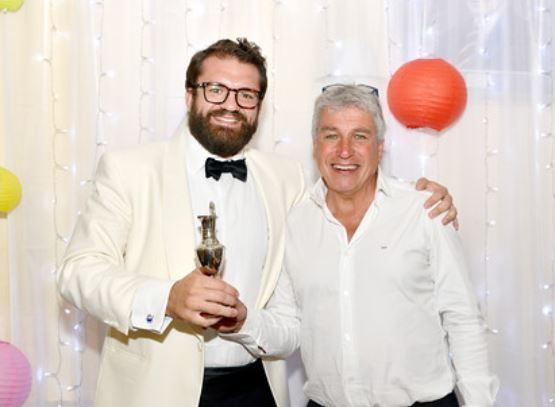 Esher Rugby is delighted to announce that at the recent club AGM the following members have been elected Vice Presidents. This reflects the significant level of service and commitment they have shown to the club:

Paul who has represented the club in both the 1st XV and Cardinals has also served as 1st XV skipper. Paul joined us in 2015 and has played 75 matches for Esher 1st XV scoring 488 points at a rate of 6.5 points per game

Paul has always led quietly from the front but more recently has established himself as a legendary public speaker. He is now moving into a coaching role

Ollie joined the 1st XV squad in 2010 but played for the Academy in the Surrey Under 21 Cup while at St Georges in 2006. He has played 106 matches for Esher scoring 30 points and incurring12 Yellow and 2 Red cards along the way! When unavailable for selection Ollie has always supported the club hugely, volunteering his services on match days

Chris was recruited by Nigel Scott in 1990 to play fly-half for Esher. He has played for the 1st XV, Cardinals & more recently the Expendables. He has been Head Coach of his Esher side from Under 7 through to Colts and has coached Surrey u13, u15 and u16

This season, as lead coach, his Surrey Under 20s won the National Tier 2 County Championship with a number of Esher boys in the squad.

Jim has been a mini and junior coach/manager helping bring his age group all the way through to Colts and more recently into The Abbots where he coaches alongside Andy Berry. The success of The Abbots over the last two seasons demonstrates the pathway from minis to seniors that we have been working hard to develop over recent seasons and Jim has played a huge part in this with Andy and Andy Drummond

In addition, the following annual awards were presented at the Esher Rugby Summer Ball: